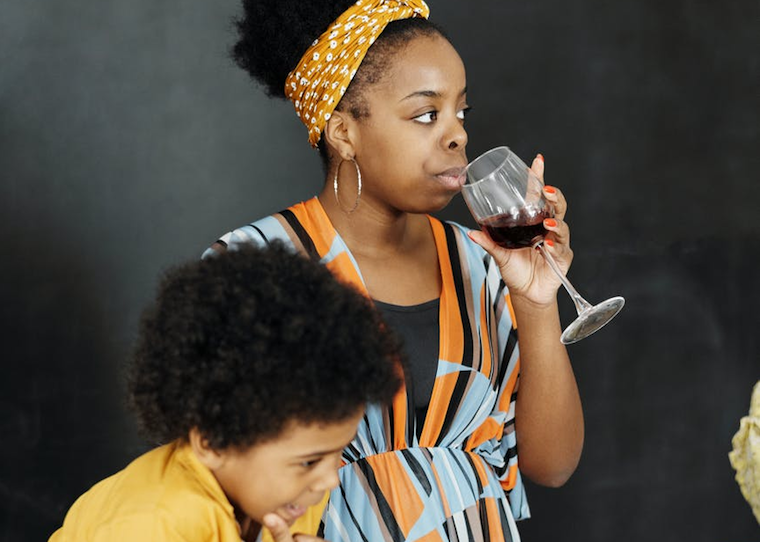 Since Diane was returning the next day, David decided to spend the night, so that we could have as much time together as possible before he picked up his family.

While I appreciated the move, it did little to lift the sadness his announcement had brought, and there was a noticeable somberness in my bearing once we got to the flat and I started on dinner.

“Don’t be so downcast, baby; you’re acting like we’re never going to see each other again! I’m still going to be picking you up, and dropping you back after work everyday, so we’ll still have lots of time together,” he reminded me.

“Not everyday, Monday to Friday,” I corrected him. “Yes, I’ll still see you every weekday, but we won’t be spending time together the way we have this week; I won’t be cooking for you, we won’t be eating together while watching the news, we won’t lie in bed, talking for hours, I don’t even know if we’re going to find the time to make love!”

“Oh, come on, we’ve always found the time to do that,” he protested, then went on almost pleadingly; “I understand what you’re saying, but what can I do? Her father called, I couldn’t say ‘no’, could I?”

“Of course not! I’m not mad at you, I’m mad at the situation. I guess I just want more of you,” I admitted sadly. He pulled me into his arms and kissed my forehead affectionately.

“I want more of you too; don’t worry, we’ll figure it out,” he promised.

As I looked up at him, I was reminded of just why I had fallen in love with this man - he always made me feel safe and taken care of; by the way, he was always in control. He was right, and I was not about to make the same mistake I had made at the hotel, where I had let Diane ruin our time together.

“You’re right, we’ll work it out,” I agreed with a trusting smile.

We had just finished breakfast when my father turned to the kids.

“You should go and get your things together, your father is coming to pick you up today,” he announced cheerfully. “What!” I exclaimed in surprise, while the children cheered, jumping up excitedly to run off towards the bedroom.

“You spoke to David?” I asked in confusion. “Yes, I did. This madness has gone on long enough; so, I called him yesterday, and told him to come for his family. He should be here at about one.”

“You called him to come for us! How could you! Was our presence here really such a burden? You should have just told us to leave, instead of inserting yourself in my issues with David!” I raged in angry disbelief.

“You got your mother and I involved in your issues the minute you left his home for this one! You’re a married woman, Diane, but you’re acting like a child! If he was beating you, that would be another matter, but he’s not! Go home to your husband, and solve your problems like a woman,” he snapped.

I turned to my mother for support, but she was sitting quietly, her head bowed, clearly removing herself from the argument. In frustration and rage, I pushed back my chair from the table, and fled to the bedroom, slamming the door shut behind me. I couldn’t believe my father had gone this far!

How would David ever respect or take me seriously, now that he knew I couldn’t even find refuge in my own parents’ home? Even worse, how would I be able to go back with him, and try to make our marriage work, when I knew that he had not chosen to come for me, but had been forced to by my Dad?

My arrival at my in-laws’ home had clearly been eagerly anticipated, as the children came running out of the front door before I had even turned off the engine. I hugged each of them, touched by how genuinely happy they were to see me, then surrounded by them, made my way up to the house where Diane’s parents stood in the open doorway.

Driving over, I had been slightly nervous about how they would receive me, uncertain about just what Diane had told them, but they acted as warm and welcoming as they always had.

As they invited me into the living room, there was no sign of Diane, even though the kids had heralded my arrival so noisily that it was impossible for her not to know I was around. She eventually appeared when lunch was served, and it took me a second to hide my shock at her appearance.

It had only been a week since I had last seen her, but the change was drastic! Her eyes were red and hollow, with dark rings around them; a clear sign that she had not been sleeping enough, and crying too much.

Her hair hung limply around her shoulders, and didn’t look like it had been combed before she came to the table. She was dressed in a simple kaftan, and it enveloped her in a way that showed she had lost weight. She murmured a quiet ‘hello’ in my general direction, but her eyes did not meet mine, and throughout lunch, she did not say another word.

The tension between her and her parents was palpable, and with a sinking heart, I saw that I had damaged not just her, but her relationship with her parents as well.

It was easy to be cold and aloof towards Diane when she was being her usual proud, haughty self, but seeing her like this just filled me with guilt, pity, and that natural instinct to protect and care for those weaker than ourselves.