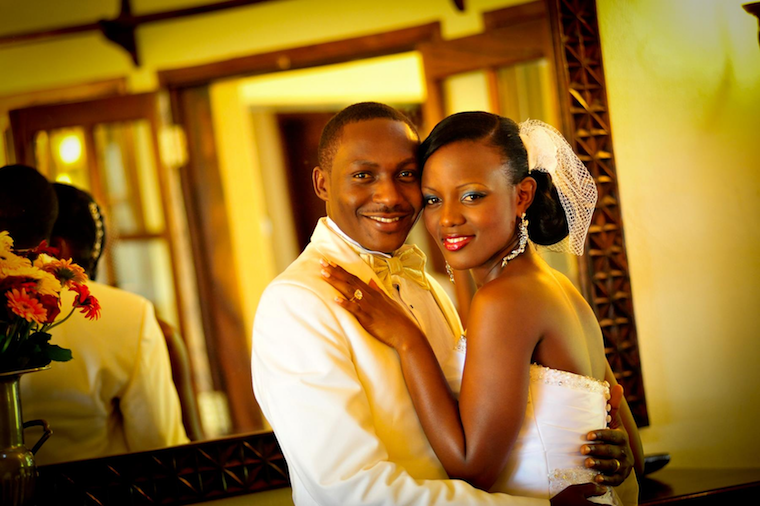 BRIAN MULONDO, 36, is a renowned media personality having worked on radio, NTV and been the face of various promotions. Last month, he talked to Crystal Newman on her YouTube programme, Crystal One On One, and Quick Talk brings you an edited version of it:

Brian Mulondo, welcome to the show.

Thank you! By the way I have been wondering, why isn’t this chick calling me? [Laughs]

Stop! But how are you today?

Today? My days are the same. 4 am Monday to Friday. I sleep in on weekends. I tell myself on Fridays: tomorrow, you get to sleep in. Don’t call me on Saturday morning; I won’t answer.

How are the little ones?

Man, they are starting to ask very difficult questions. They have kajanja like their mother [Brian has two children with wife Manuela Pacutho Mulondo]. It’s funny how kids make you realise you are becoming a better person. Things like, ‘Papa, I love you’...

Words you never grew up hearing?

Ahh, where!? I love you...in whose house? ‘Don’t you know that I love you?’ Get out of here, man! The first time I told my child ‘I love you’, I was like what does this mean? It has been a journey of rediscovery.

I was looking at a picture of my dad and I, and thought, this guy needs to tell me he loves me before he passes on. Now I see the power of just telling your child you love them. I even end up telling my friends, ‘I love you’, ‘I believe in you’. Like me, they didn’t grow up hearing those words.

Where were you born?

Huh? I am told it was in Nalukolongo. They had a small house there. My dad was a policeman. He later got into farming. My mum was working in Makerere University hospital. I started understanding life when we were staying in Lubaga. Back then, they were called secretaries...now they are executive assistants...but she was the secretary to the hospital boss.

For a very long time it was just me and my sister. My kid brother came 12 years later. I am the oldest. And there are others that I know and don’t know about...

I understand. And school?

You guys, I have suffered. I went to Lubaga Girls School. Can you imagine! Well, Lubaga Girls Kindergarten, up to P1. When we started staying in Makerere, I went to Makerere University Primary School. I went to Mengo SS for six years. I was not a problem child, but I was the

kind of child you would remember. I was active  in [music, dance and drama], I was a prefect, a leader... you had to remember me.

What did you want to be at that point?

A doctor! My uncle was studying medicine at the university and he would come home. When I got to high school, ‘chemoir’ [chemistry] played me properly and I was like, ‘it’s okay, let me try other dreams!’

This is absolutely not what I expected. I actually wanted to do diplomacy. I wanted to wear suits, speak on global platforms... and then I wanted to join the Police force. I had been told, if you join police with an education, you don’t ‘suffer locally’. My plan was to finish university and join the elite part of the force.

A day after my final exam [he studied International Relations at Makerere University], I got a phone call from a friend who was working at Watoto. He told me ‘you will be hanging out with all the guests that come to Watoto, you will be travelling and on top of that we will be taking care of every expense you have’.

I had been in the church’s media department, learning to use the camera. I was like, let me start. And at the end of the trip, guests we would host would tip us like $500. That was the life! My first tip is what I used to buy my first TV, DVD player, mattress, plus two cups.

What was your position?

The job title was Guest Relations Manager. But the actual role was tour guide. Watoto Church was building children’s homes then. So, I’d be with the guests for a week building houses, then go on safari with them. As I was dropping one group [at the airport], I was picking another.

It was the best opportunity of my life. I reached so many countries through photos...[laughs]. Watoto also started setting up a media team. They brought a guy from Canada and they were doing news bulletins...I felt I could do better than those guys. I sent the guy in charge a text and asked for one opportunity. He called me for a test, and I smashed it! I was like, maybe I should give this thing a shot.

Then I started doing Better Living on NTV. Do you know what it means being on TV? That was so cool. Look at me now! It was one season, and I was not paid for that entire season.

What? Not even facilitation?

No. I felt I had already been paid...I was famous! I was such a villager. I was on TV; that was all the payment I wanted. When they told me they had failed to raise the money, I was like, okay, when are we recording next? [Hmmm, so different from the current hot debate on social media about NTV presenters earning Shs 50,000 per show!]

Around that time, MTN was giving out houses in a big draw. I was told to go do that promotion. I was to be there for two minutes, the rest was to be done by Abby Mukiibi and someone called Sitenda. I decided, ‘You guys will remember me.’

Every week we would go out and do activations. I did all antics on the camera. That show literally got me set for the next level. At the time Peter Katonene had travelled. I got a call from NTV to come and do Tricksters.

When did you start on MiniBuzz then?

I started MiniBuzz in 2011, I think. TV was a side gig, because I was still working for Watoto. There was this crazy day I left Gulu in the morning, came on a bus, recorded, went back. I enjoyed the attention, but I also enjoyed changing people’s life. We had a fantastic crew of actors too.

Craziest moment on the job?

A con artist called me and said he was Brian Mulondo and that I had won money from Airtel [laughs heartily]. I was so shocked I hung up.

When I was doing the morning show on NTV, one MP came in and said ‘you need to fire this guy. He has conned me of my money and he has conned honourable this and honourable that...’ Thank God the HR was very sober. [Brian talks about life living in a garage and how that inspired the name for his production house].

Manuela...I hear you took one look at her and said this is the woman I’m going to marry.

Yes. The first time I saw her, I told my friend, ‘nga this chick is hot!’ Then I met her on a [Watoto] trip to Nairobi and I decided I needed to impress. And I’m glad I impressed. Although she keeps saying that I looked so bad – I had just carried a sack of charcoal onto the bus. But the first thing I told her was: ‘You chick, I have seen you before. But do you know I am going to marry you?’ She was like, ‘puhleaze, talk to the hand’. It took five years of pursuing her.

I hear she has encouraged you and supported your company.

Man, that chick! That chick has been there for me [he gets emotional and wipes away his tears] I am superman to Manuela. I don’t know why she thinks that. She tells me, ‘I don’t see you in Uganda, I see you in Atlanta – CNN’.

We’ve gone through tough times. The first two years were absolutely bad. We thought we were going to [divorce], but she kept going. She would tell me, she sees me as the Walt Disneys of this world. When I was sharing an office, she told me to get out and get my own office. ‘Do you know who you are? You are Brian Mulondo!’

When you have a partner like that, you can do so many great things. And I also push her... we understand each other’s businesses so much. Our fights are [hot]. She likes to call them intellectual orgasms.

[As he winds up, he urges men to be present. “I don’t think my father even knows what I do. He left when I was 12.” In the place of his father, Brian looks up to good friends and role models such as Mitch Egwang, Ben Mwine and Joseph Beyanga.]

Courtesy of Crystal One On One.