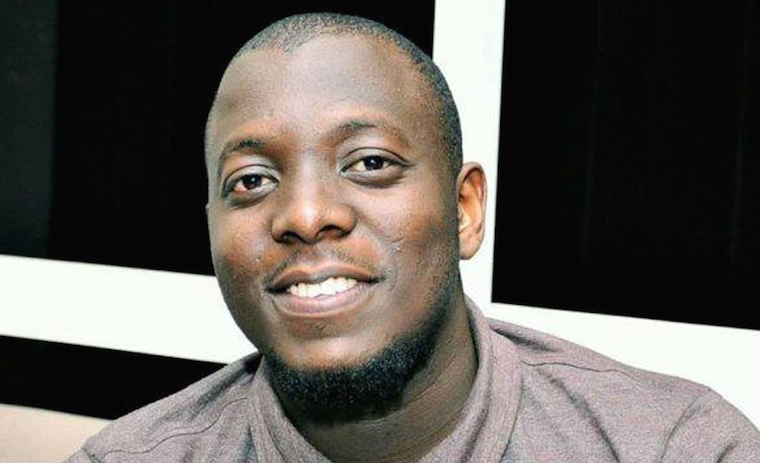 He is controversial, witty, stubborn and uncensored. His comments on entertainment issues have put him on a war path with celebrities to a point of some beating him up and others demanding that his bosses fire him. Quick Talk found him at a hotel in Kampala to talk about what drives him.

My real name is Isaac Daniel Katende, although most people know me as Kasuku Kuku Wa Zabanga. I am 31 years old, a professional journalist, having studied at UMCAT School of Journalism and Media Studies. I am a radio and TV presenter and I have been in the media for 10 years now. I also run my website Big Bang News UG.

That is quite a talkative bird! While at UMCAT, we used to have a drama group called Kasuku but in 2010, its founder, Brenda, who was a very good friend of mine died in the Kyadondo bomb blasts. I decided to take up that name in memory of her. Another reason is because kasuku means a parrot, which reports everything it has seen.

TV or radio, which one do you enjoy most?

Radio is so easy. When I used to work on radio alone, I would sleep in the bar, then go park at the station at 4am and at 6am I would just run up to the studio to get on air. Remember, I would be in the same clothes as the day before, not brushed or bathed. But working on TV, you have to look sober, put on new clothes every day. It is really hectic.

Don’t you ever get scared that what you say might actually backfire on you?

No, because rarely do I say something I don’t know. Most times I say things I am sure of.

What are some of the unforgettable attacks by celebrities?

Of course there is that Eddy Kenzo incident [Kenzo beat him up during a presser in 2014, for Kasuku allegedly talking ill about Kenzo]; and the Daniella incident [in 2015, Daniella Atim, Jose Chameleone’s wife, slapped Kasuku at Dembe FM, accusing him of spreading rumours that their house was going to be taken by a bank for failure to pay their mortgage].

Those stand out, but for me the most important incident that even changed my career was with Jose Chameleone and his Valu Valu song. During our Talk and Talk show, we said he had copied the song from Sammy Kasule’s Ozze Munange. Chameleone got so mad and went on rampage looking for me. The show was still new and this controversy really elevated it to the high ratings we have right now.

Is there a difference between Kasuku and Isaac Katende?

No, I don’t change. With me what you see is what you get and you just need to understand me. I am loud, rough and soft at the same time. You do things the way they are supposed to be done and we are good; you deviate, and you see the fire in me.

What would you be doing had you not been in media?

I would have been a lawyer because it was my dream. However, that was before I lost my initial dream of being a priest.

What! You? A priest!

Yes. You know I went to Mugwanya Preparatory School, Kabojja, which was a single-sex Catholic school and I used to like the way the Brothers and Reverend Fathers did their things. In fact at one time I was an altar boy and also a choir leader.

What hindered you from pursuing at least one of those dreams?

Haaa… My friend. When I went to St Mary’s SS Kitende for my secondary education, it was a mixed school and remember I was coming from a single- sex school. I reached there and I saw beautiful girls and I definitely didn’t remain the same. About being a lawyer, I had actually registered it as one of the courses I wanted to do at university, but during my S6 vacation some unfortunate events happened and [I had to change courses].

Not officially, but I am seeing someone and we have two children together – a son and a daughter.

What kind of father are you?

My kids are still young and to tell the truth, my life is not dictated by them. I do what I think is right for me, as long as they eat, drink and get whatever they need. I think I am a good father.

Hmm… and what are you most afraid of?

The day my grandmother will die, because I love her so much. She is literally everything to me. I don’t know how that day will be like or even imagine life without her after that.

When was the last time you cried and why?

That must have been three years ago when my grandmother was sick. I remember she told me that she was not feeling so well and that I had to prepare for the worst because one day she would eventually die.

I heard that you went back to school? What triggered that decision?

I went back to school and I am doing a bachelor’s degree in Psychology. I decided to go back to study because I think media is failing due to lack of critical thinkers, more so in broadcast. Also, I am not getting any younger. I need to venture into other things and create way for younger journalists, because a revolution is going to come when for us we are out-of-date and no longer have anything new to offer the audience.

I want to help people with mental health problems like drug addiction, depression and other social problems. I want to rehabilitate them for the better. I am also thinking about doing forensics for the police. However, I will still be in the media doing human-interest stories because in about 10 years, I cannot still be running after celebrities or hanging out in clubs.

I hear you have political ambitions…

There are some people who want to [invest] in me so that I join politics. But if I am to come, I hope to contest for either Workers MP or Youth MP Central, because they vote by electoral college.

Why exactly do you want to join politics though?

The reason why I don’t want these positions where the whole public has to vote is that I don’t want anyone coming to me claiming that they voted for me but I am not serving them.

Eh!! So, if you were to be made president for a year…?

I would reorganise the recreation business, especially entertainment and sports because these sectors are employing so many people. I would of course also make me and my family rich; because of what use is it for you to be in power and leave when you are poor?

Interestingly, I spend most of my free time working. I go to bars, clubs, music concerts and sports events…I coordinate and promote some of those events.

What are some of your favourite songs right now?

Right now my favourite local song is Quinamino by Azawi. I think it is a very big and unique song. Outside Uganda, I am enjoying Suzanna by Sauti Sol.

Definitely. I think had I been a lawyer, I would have been in a better position today... If only my mother had not died! I would have become a very powerful lawyer.