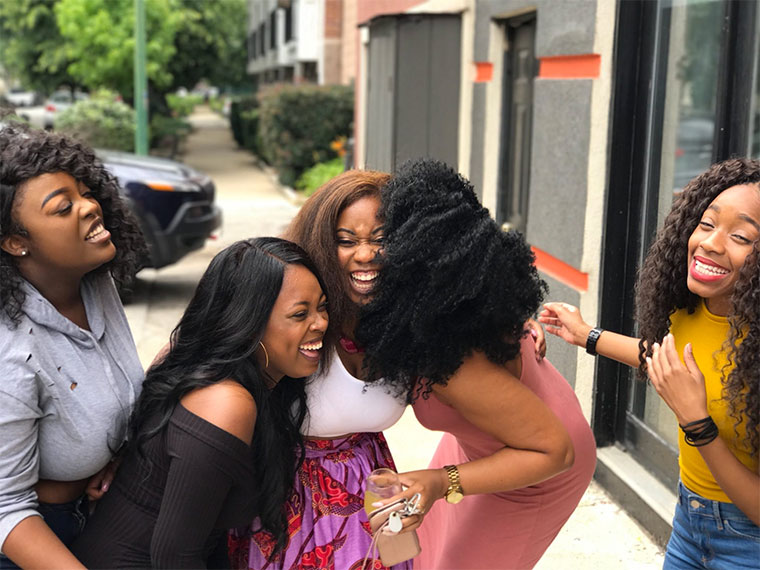 “You should have seen her! I swear I thought she was going to piss in her pants!” I laughed, as I recounted my meeting with Julie to Tracy.

As soon as I arrived at the boutique, she insisted that we go out for an early lunch, so I could share all the juicy details of my appearance at Julie’s workplace.

“Serves her right; I’m glad you put her in her place,” Tracy nodded approvingly.

“Thanks for the idea; it worked out even better than I could have imagined it would.”

“I’m glad it did – now let’s just hope David plays along as well; you know he’s not going to be as easily intimidated as that silly girl.”

“Oh he’ll play along if he knows what’s good for him, because unlike that secretary, he actually has something to lose. I know I’m a Catholic and we don’t believe in divorce, but if he makes me go down that route, I’ll strip him for everything he’s worth! No leaving all we’ve built for that girl to enjoy! If he insists on keeping her, then he better be prepared to lose a big chunk of his net worth in exchange!”

“That’s right; hit him where it hurts most! Touch a man’s money, and you’ve touched his soul.”

“True; once he thinks about losing his money, he’ll see she’s not worth that much, and drop her like a hot potato!”

“Mission accomplished!” Tracy smiled triumphantly, then beckoned over the waiter. “I think we should have another bottle of wine to celebrate.”

I picked Julie up at our usual spot a little after five, and even though I had seen her that morning, the change in her since then was evident, and reignited my fury at Diane.

“How are you doing?” I asked, even though the answer was obvious.

“I can imagine, but you can’t let Diane get to you like this. I promised you I would handle it.”

“How? Talking to her will probably just make things worse.”

“No, it won’t; not if I do it right, and I will. I’ll just tell her her suspicions are unfounded, so she can’t go accosting people in their offices over them. After that, we’ve just got to be careful not to give her any reason to be suspicious. I’ll still drop and pick you up from work, but I think I should start having dinner at home, at least most nights, and spending more time with the children over the weekend. After a while, she’ll forget why she even got suspicious in the first place.”

“I know I am; so, please get that frown off your face, and show me that beautiful smile,” I said cajolingly.

She kept the worried frown on for a few more seconds, before it slowly faded and she smiled hesitantly. “I really hope you’re able to fix this, David.”

“It’s already fixed,” I promised, then leaned over and gave her a quick peck before returning my focus to the road.

After Diane left the office, I was a mess for most of the day; I kept looking up at the entrance, worried that she might return, and no matter how hard I tried to focus on work, my mind constantly replayed memories of her walking up to me, and what she had said.

It was not until David picked me up in the evening that I felt myself begin to calm down somewhat, as he had a way of making me feel safe, even without trying to; just being with him seemed to do the trick.

It also helped that he was so confident about Diane not returning to attack me; after all, she was his wife; so, he knew better than I did what she was and was not capable of.

I was, however, slightly concerned when he said he would be spending more time with her and that he would start having dinner at their house; what if this led to them rekindling their failing marriage?

Where would that leave me? I did not mention these concerns to David because I did not want to come across as clingy or insecure, but I did keep them in mind, and determined that while we would see less of each other, I would make sure that the time we did have together would be perfect, so when this eventually blew over, he would have every reason to return.

He left the flat earlier than he normally did, and based on our discussion did not stay for dinner, though we did make love before he left and when I went to bed that night, I slept peacefully, with no nightmares about Diane coming to attack me.