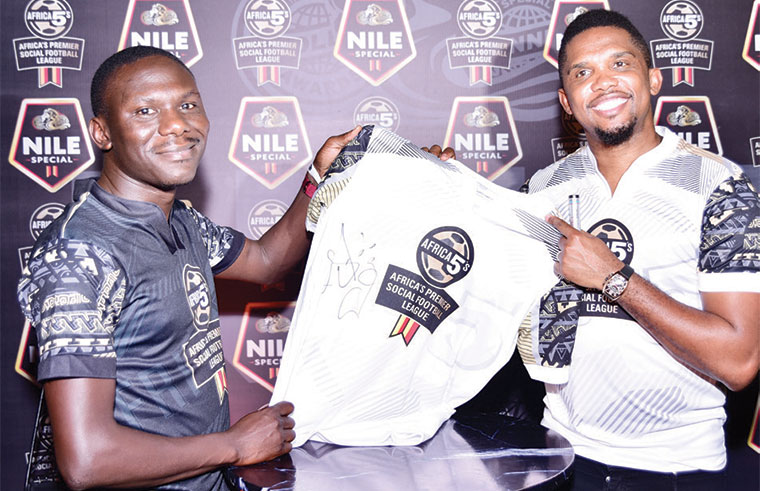 As much of Europe and the USA go on a lockdown due to Covid-19 outbreak, the world is already feeling the ripple effect, even in places such as Uganda where no case has been confirmed, yet.

The French embassy, which was organizing one of the biggest events this year, on Monday announced that the annual Uganda-France Friendship week has been postponed.

Speaking to journalists on Monday, French Ambassador Jules-Armand Aniambossou said while the ministry of Health had inspected the various venues of the events they were set to occupy between March 21 and 28, they resolved to call off the celebrations expected to attract up to 100,000 people.

Ugandans were already gearing up for the possibility to see their international football icons including El-Hadji Diouf, Samuel Eto’o, Emmanuel Eboue and Yaya Toure, who were going to play against former Uganda Cranes players.

There was also going to be a rugby game and a music concert, all of which have been put on hold.

“In light of prevailing circumstances around the world with coronavirus, we have made the right choice to postpone this event in consultation with the ministry of Health and World Health Organisation,” International Olympics Committee’s William Blick said at the briefing. “As we know, Kenya and Rwanda have been affected and it is really a matter of time before it gets to Uganda.”

Where the virus has hit, it has left giant economies on their knees, airlines flying empty or not at all, and stock markets battered. France, just like Italy, the UK, Germany and Spain, is staggering under the weight of the coronavirus that started in Wuhan, China around December last year. The virus has infected more than 181,000 people globally and killed at least 7,100.

Sports activities and concerts have been cancelled, while bars, restaurants and many public services have been suspended, rendering formerly-bustling cities ghost towns, while news networks such as CNN are reinventing themselves to report about sports without actually covering any sporting events.

France, which was going to have a number of its nationals travel to Uganda for the merrymaking, had more than 829 confirmed cases by Sunday with some 91 deaths. On its part, Uganda has stopped all travellers from the heavily-affected countries from entering the country, to prevent infection.

The pandemic has affected global culture and lifestyle like nothing known in history, with millions of people not allowed to leave their homes in a bid to control the highly contagious virus, and celebrities such as Idris Elba, Tom Hanks, Olga Kurylenko, Canadian prime minister Justin Trudeau’s wife and two British legislators have tested positive for Covid-19.

Stores such as Microsoft, Nordstrom, Foot Locker and Apple have closed till further notice, while the coveted Met Gala has been cancelled for this year.

0 #1 Lawrence 2020-03-21 11:59
But the French Embassy is giving us "Byoya bya Nswa ins" instead of bringing those tourists they should have hrought a French team to test our Chan bound team.

I dont think those ex- Internationals add value to our game.

My thinking l.
Report to administrator