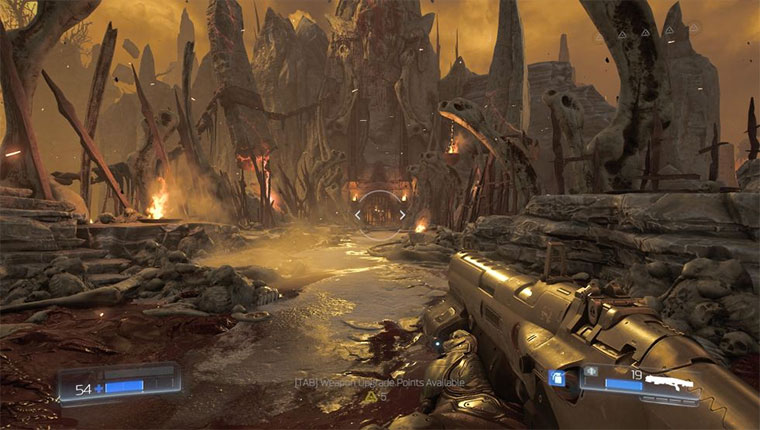 Doom Eternal is here! I have never been more excited for a game release.

Doom 2016 blew my mind. As far as first-person shooters go, Doom 2016 felt so generic. Yes, some of the kills were spectacular. But, for the most part, it was just mindless violence.

I cannot even identify the moment it changed from a mostly forgettable title to one of the greatest gaming experiences of my life. Doom 2016 starts on Mars. A research facility was tasked with siphoning energy from a hell dimension to resolve the energy crisis on Earth. But things went wrong.

Someone opened the gates to hell and its hordes flooded the facility. By the time you awaken, Mars has already become a crimson hellscape inhabited by ghouls. As you explore, you encounter The Possessed, shambling zombies that have no concept of fear or pain. Not long after, the rest of hell’s denizens emerge.

The first of the lot is the imps, nimble demons that can summon fire. Not far behind is the Hell Razer with its beams of demonic energy. Most fearsome of these hordes is the Hell Knight, a hulking fiend with near-limitless strength and brutality.

There are dozens upon dozens of enemies; entire battalions pouring in from every conceivable direction, snapping at you with cruel jaws, spewing globs of poisonous puss, letting loose volleys of hellfire…it is a blitzkrieg from hell.

Your first instinct is to flee, but you stand your ground because you have a secret. You’re no mere man. You are the Doom Marine, the slayer of old, the one creature in all of creation that hell’s populace fears, and you are awake, finally free from your sarcophagus.

Also, you have so many guns, and I mean so many; not just the UAC EMG Sidearm, which will save your life because it never runs out of ammo, but a combat shotgun that will kill smaller enemies, a super shotgun that can stagger even the hell knight, a plasma rifle with an explosive feature… Honestly, it is not even fair – for the demons, I mean.

The assault rifle alone is overkill, especially when you unlock the mini-missiles and the scope. And once you get going, once the ‘BFG Division’ theme starts, plucking your veins like a guitar, unchaining that rage that lies dormant in everyone, mayhem ensues. There is no ducking or hiding. It is just hour after hour of running, jumping, shooting, reloading, and then running some more.

Doom 2016 is a breathtaking experience. If you think the guns are awesome, wait until you chainsaw a demon to death. It is fast-paced, gory, frenetic fun. Someone somewhere called it a heavy metal concert in game form and I agree.  That’s why I cannot wait to lose myself in Doom Eternal.