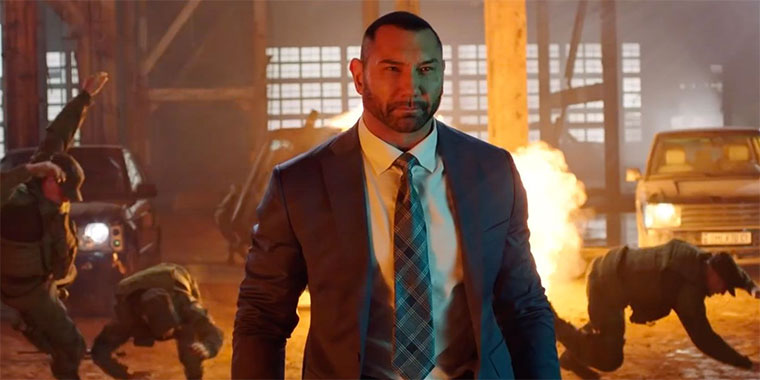 JJ Cena is an ex-soldier not cut out for CIA work. He lacks the subtle approach that spy craft demands. In an attempt to ground him, his handlers send him to Chicago to keep an eye on a young mother and her daughter.

It does not take Sophie, the precocious daughter, long to find all the cameras in their home. Not only does she discover Cena’s secret but she uses her new-found knowledge to blackmail him. Sophie will keep Cena’s secret if he makes her a spy.

Everyone that has watched My Spy agrees it does not necessarily reinvent the wheel. It has become fairly commonplace for musclebound Hollywood actors to star in movies with adorable child actors in an effort to present a more family-friendly image.

Vin Diesel did the same thing in The Pacifier. So did Arnold Schwarzenegger before him in Kindergarten Cop.  According to early reviews, Dave Bautista is entertaining as JJ Cena, and his relationship with young Sophie is charming. However, the comedy gags fall flat.

The Australians saw My Spy in January. The Americans were supposed to see it on the March 13, but the Coronavirus outbreak forced them to postpone its release to April. Coronavirus is not yet in Uganda, so it is expected that cinemas in Uganda will premier the movie this week.