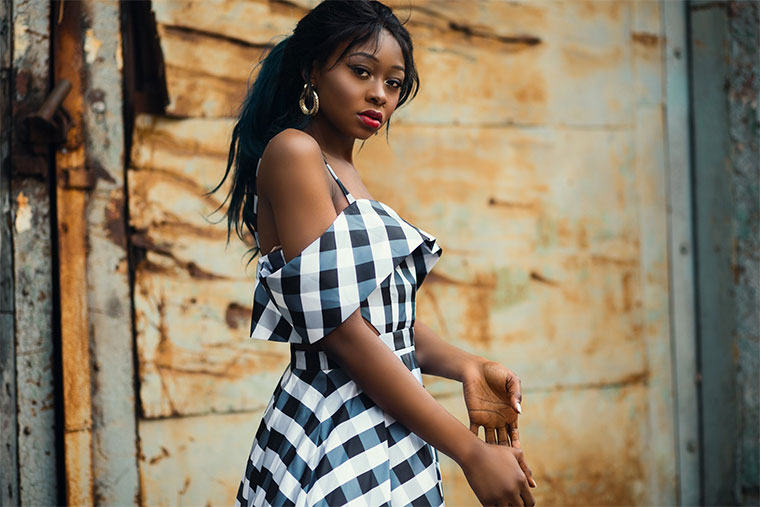 “I can’t believe you embarrassed me like that! If you were going to spend the entire evening staring at a mere secretary, you should have just left me at home!” Diane fumed as we drove back home after the cocktail.

“You’re making a big fuss over nothing; I did not spend the entire evening staring at her; and just to remind you, you’re the one who wanted to go to the stupid cocktail in the first place,” I reminded her dryly.

“That’s because I thought you were going to be with me, not with her!”

“For goodness sake, Diane, I didn’t even say a single word to her all night!”

“Exactly! You kept ogling her instead, making it obvious to everyone that you wanted her, not me, by your side.”

“Now you’re being plain ridiculous; I hardly know the woman.”

“It certainly didn’t look that way; and don’t think I didn’t notice the way she was looking at you either, like a bloody lovesick puppy,” she sneered.

Although I denied Diane’s accusations, I was mentally berating myself for managing to hide my affair with Julie from Diane for all these months, only to carelessly make her suspicious after it was over.

I could not deny that her accusations were spot on; I had not been able to keep my eyes off Julie. More worrying, however, was the effect seeing her had had on me; I was back to feeling protective of her, wanting to hold her and make everything alright in her life again.

These feelings were so strong that I instinctively knew I was going to follow up on them.

I could not believe the evening I had looked forward to so much had turned into such a disaster. David could deny it all he liked, but it was obvious there was something going on between him and that secretary.

A secretary! That was what hurt the most; there I was looking like a million dollars, while this nobody was wearing a dress that could easily be mistaken for one of the waitresses’ uniforms, and whose entire outfit probably cost less than the price of just my shoes, and yet it was her that David stared at in a way he never looked at me!

What did she have that I did not? Fine, she was pretty in a ‘girl next door’ kind of way, but she certainly did not have my kind of sculpted beauty that would last after her youth had worn off, nor did she have the education, elegance, or style that I did; so, how could David cheat on me with her?

I was now certain he had indeed cheated on me, and that it had been with her. The way she looked at him made it obvious. It was not a look of lust or fanciful imagination; this was the longing look of having had and lost; a craving sort of look created by an earlier experience.

As well as this, the look she had given me – like she wanted to push me out of the picture – said it all. This woman had slept with my husband.

Besides feeling betrayed, degraded and humiliated, I did not know how to respond to this knowledge. I was too shocked and hurt by my discovery, to even begin to think of what I was going to do about it.

I had gotten butterflies in my belly the minute David arrived at the cocktail, like we had some sort of telepathic connection that made me feel his presence before I actually saw him.

When our eyes met, I felt a tingle down my spine, and my chest tighten so I could hardly breathe.  To my relief, the anger I had seen in his eyes the last time we saw each other was gone, and his eyes now seemed to mirror the way I felt. All I could see was the tenderness that had always been there, and if it were not for his wife standing stiffly beside him, I would probably have thrown myself at him there and then.

If looks could kill, David’s wife would be guilty of murder, for there was an open disgust and raw hatred in her eyes when she looked at me. Had David confessed our affair to her? I could not picture him doing so, and yet she clearly appeared to know about it. If I had not been so enthralled by David’s every move, I would probably have pondered over this longer, but as it were, he was the only one running through my mind.

I noticed who he spoke to, when he smiled, when he ate or took a sip from his glass, and when he left, about an hour or so after he had arrived.

Although I had promised to be on standby for the marketing and PR team, my mind was a million miles away, and shortly after he left, I feigned a migraine and excused myself.

I wanted to be home in my bed, alone with my thoughts of David and my reignited hopes that he might actually return to me.

In your situation, what made the change especially painful is that you introduced these two people to each other and now they are excluding you.