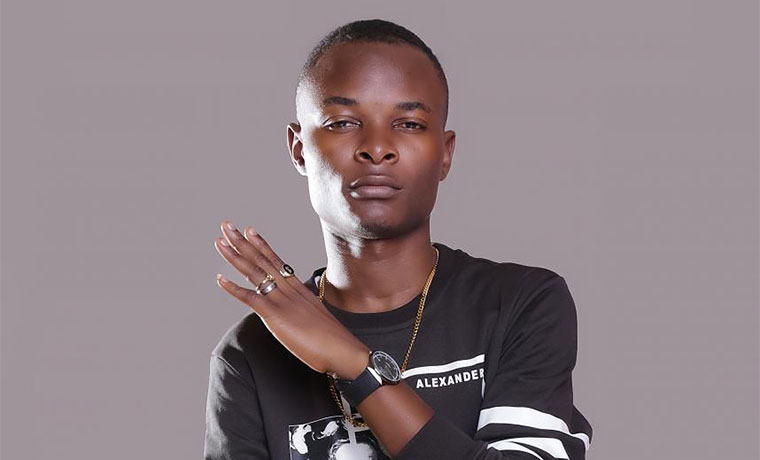 Born Martin Musoke, Artin Pro is a young, vibrant music producer who is the brains behind many smash hits ruling the airwaves right now. Quick Talk bumped into him at Makindye and had a chat with him:

Who is Artin Pro?

My real name is Martin Musoke. I am a 24-year-old music producer who has been here for now almost five years. I have been a producer in different studios such as M.1 Studio, Keiton Studio and JahLive Studio; right now I set up my own recording label called Axtra Nation Entertainment [At 24? Commendable!]

I am also a student of Makerere University doing a bachelor’s degree in Records and Archives Management, although I am currently on a dead year.

When did this music journey begin?

I started music production by luck. I visited a friend in my senior six vacation in 2015 called John Mary in Kikoni, who is a producer and I got interested in what he was doing and asked him to teach me. At first I was doing it for fun but then I decided to turn it into my career.

What had been your career passion up until then?

I don’t even know. I just wanted to be someone great with money, and just a good person who could benefit the community.

What are some of the hit songs you have worked on?

All songs I produce are hits, but to name a few, I have produced Bango by Rick Man, Kutama and Property by Fik Fameica, Sweet Sensation by Sheebah and Yaka by Karole Kasiita, among many others.

Impressive! How long does it take to produce a good song?

It depends; an artiste can come and say that I need my song within this amount of time and so you have to deliver in that time. Producing can take an hour, a week, months or even a year. [And most times, the duration shows in the song, if Quick Talk may add…]

Who has been your favourite artiste to work with?

I love working with all artistes. You know every artiste has a different vibe, but I enjoy working with new people because they come with a whole lot of new vibe which is more fun.

Okay…but surely there must be the most difficult artiste to work with?

I just don’t work with difficult people; so, if you are difficult, that means we won’t work. It is as simple as that.

What is currently on your playlist?

Right now I am listening to some tunes from Avicii; he was such a good record producer. [Avicii was a Swedish DJ and music producer who died last year].

But come on; you mean there is no local music on your playlist?

Surprising as it may seem, currently I don’t have any local music I am listening to.

Not even the ones you have produced?

Sometimes I do not put them on my playlist, because I am the one who makes them which means they are a part of me.

Is there anything else you do apart from music production?

Yes of course. I have other business ventures but I would prefer to leave them secret for my own financial safety.

What else do you do at Axtra Nation?

We do videography and photography as well as artiste and personnel management.

Have you ever considered singing?

Yes, actually the first time I went to studio my aim was to become a singer but ended up becoming more interested in production. But I sing and even have some songs recorded for myself.

How come we have not heard any?

So far a few blessed ones are the only ones I allow to hear them, but when the time is right, I will definitely put [my music] out there for the public.

How do you spend your free time?

Which other music producers would you say are really good?

Everyone is really good and I wouldn’t like to drop names, but my favorites are Steve Jean, John Mary and Sony Beats.

Enough about music. Are you are dating?

Right now my mother, Ms Namutebi Rose, is the only woman in my life [Aww!]. For the other women, I am doing just fine and enjoying life.

If you could turn back time, what is that one thing you would change? Honestly, there is nothing I would want to change, because everything has brought me to something. Maybe if some things did not happen the way they did I wouldn’t be here right now to tell my story.

True, that. Do you have any habit you want to let go of in twennie-twennie?

It would probably be surfing the Internet instead of sleeping. I barely sleep because of spending too many hours on the Internet and I think I need to change that and sleep more.

You are always in T-shirts, jeans and sneakers; do you own any suits?

I actually do have a couple, but truth is I rarely wear them anyway.

Where do you see yourself in the next five years?

I see myself becoming a good father to a number of children God will bless me with. [Well, you had better start having another woman in your life, then!]

How many children are we talking about?

I don’t know. To any number God will give me but I don’t mean only those who are biologically mine, but also those I would have mentored in production and music in general.