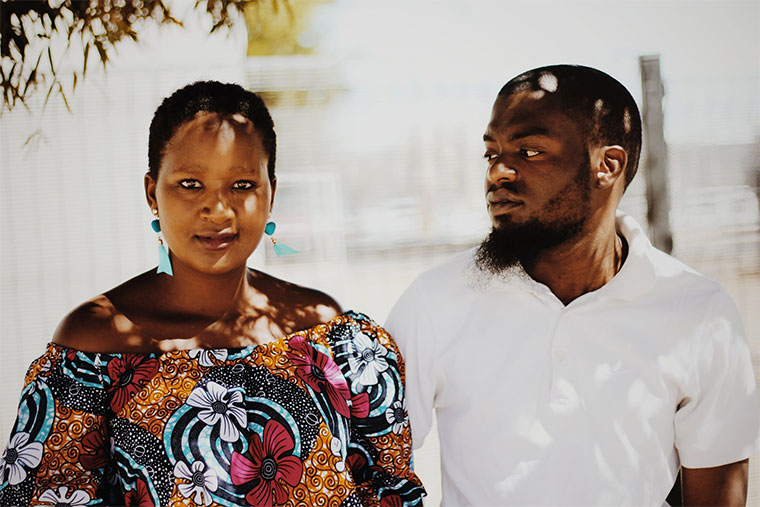 “Hi hon....,” I began gaily, as I walked into the flat in Nsambya, then froze mid-way, when I realised Julie was not alone.

At the table with her was her sister, an older woman, who from the striking resemblance had to be her mother, and a young man I supposed was her brother.

“Oops, I’m sorry I didn’t realise you had company,” I apologised, feeling embarrassed.

After my workout at the gym, I had decided to use the shower at the flat since I had fresh clothes there, and not only had I stopped to buy Julie flowers, I had done some household shopping too; so, now I stood in front of her family, in sweaty gym clothes, with a bouquet of flowers in one hand and a shopping bag in the other.

“David! What are you doing here?” Julie exclaimed, her tone surprised, but her expression angry, as she got up and came to relieve me of the flowers and shopping bag.

“I was just headed home from the gym and thought I would surprise you, but clearly I’m the surprised one,” I laughed weakly.

“Julie, aren’t you going to introduce your visitor to us?” her mother interrupted.

“Uhm, yes; Mum, this is David, a friend of mine; David, meet my mum,” she introduced us coldly.

“Good afternoon madam; it’s a pleasure to meet you,” I greeted her respectfully.

She had an expression of curiosity when I first arrived, and now with me standing before her, she had the opportunity to feed it, and quickly set about doing so: “You live around here?” she asked, trying to sound casual, but not quite pulling it off.

“That’s nice; you stay with your family?” she went on, pointedly looking at my wedding ring.

“Uhm, yes, yes I do,” I stammered, realising too late that that probably was not the best answer, considering that I had just arrived at her daughter’s place with flowers.

“Mummy, your food is going to grow cold while you are busy asking questions,” she stopped her mother. “Why don’t you join us for lunch; the bathroom to wash your hands is the first door to your left in the corridor.”

“Thank you,” I smiled at her, grateful for the escape route she had given me, and quickly excused myself to go wash up.

We had just started lunch when David strode in, in gym clothes, with a large bouquet of flowers, looking every bit like the lover who had just returned from a run. I wished the ground would open up and swallow me, especially when I saw my mother’s gaze go from his gym clothes, to the flowers, and finally settle on his wedding ring.

What on earth was he doing here? I had prepared my story for my mother so carefully, and now it was all useless because there was no way I was going to be able to bluff my way out of this one – it was obvious we were in a relationship!

If I could have kicked him out, but the damage was already done, and my sister topped it off by inviting him to join us for lunch.

During lunch, my mother questioned David about almost every aspect of his life, from where he worked, to who his wife was, and how many children they had. I watched him squirm through the questioning with some degree of satisfaction; this was what he got for showing up unannounced.

I made no move to shield him from the endless questions, but eventually my sister said they needed to leave so she could prepare for her return to school the next day, and my mother reluctantly agreed.

As soon as they were out the door, I turned on David.

“What the hell was that all about?” I demanded angrily.

I thought about my mother’s ominous words all the way home: “Then you will lose your man”.

The truth was I would not really mind losing David, it was what he stood for that I had a problem letting go of. First of all, he was the father of my children, and they needed him around to maintain the sense of security that came from having a complete family; so, I would fight for him, for them.

Secondly, it was not only the children that needed David around to maintain their sense of security, so did I; not that I thought David would ever deprive the children and I of anything if he were to leave, but I would lose the respect and status I had in society by being Mrs Mujuni.

If David left me, I would turn into the woman who “failed to keep her marriage”, and become a topic for local gossip. It was this that terrified me when I thought of David leaving; I would never be able to live down the shame.

My mother was right, I had to fight for him, but first I had to find out who my opponent was – and then I would eliminate her.