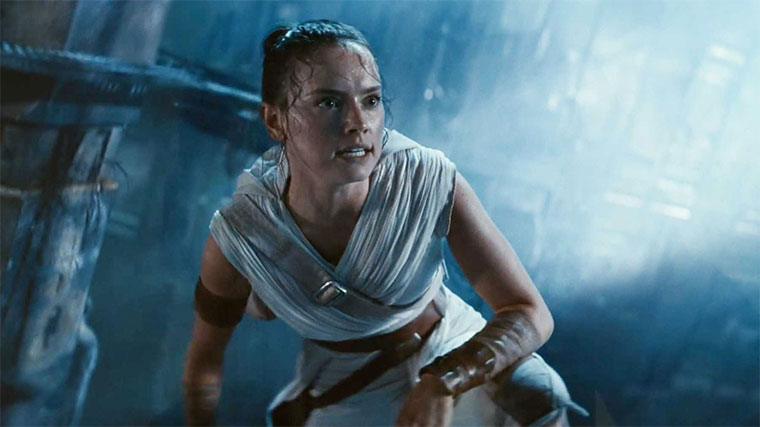 I found that I had so much to say about my reaction to Rise of Skywalker but I was not sure which angle to prioritize.

First of all, this trilogy of movies – and even the prequels – was made for me, not the hardcore Star Wars fan.

Why? Because I am easy to please. I am vaguely aware of the story at the center of this franchise. I enjoy all the content they put out but I am not attached to any of the mythologies. So, I am best-suited to enjoy these movies. They can count on me and people like me to support this franchise so long as they place competently made movies before my eyes.

And yet, for all the leeway they have with a fan like me, they somehow made a movie like Rise of Skywalker that I could not have disliked more.

Remember when The Last Jedi debuted? Remember when everyone chastised it for being the most divisive Star Wars project ever released?

J.J. Abrams was supposed to turn the Star Wars ship around. The director has a penchant for producing crowd-pleasers. And yet, I would argue that, after Rise of Skywalker, fans could not be more divided. So, what did Rise of Skywalker do? It infuriated everyone, both the hardcore and casual fans, which is an interesting achievement.

Rise of Skywalker is a sequel to The Force Awakens. Most of you probably heard the rumours before this movie came out, that Abrams had been charged with fixing Rian Johnson’s mistakes from The Last Jedi.

Well, those rumours were right. But Abrams ignores The Last Jedi and this hurts his movie. The director spends the first third of Rise of Skywalker essentially showing you the movie he would have made if The Last Jedi did not exist.

January 2020 is starting with a whimper; it might be a few weeks before any heavy hitters finally kick-start the movie season. Some of you are probably anticipating Bad Boys 3. I am not. Bad Boys 1 and 2 worked because of Michael Bay and he did not direct the third installment. So, I have no hope for it.

The same goes for Dolittle. I saw the trailers and they were lacklustre. But again, Dolittle is still a week or two away; so, you can forget it for the moment. The Grudge came out a week ago. Interestingly enough, it was touted as a remake of the 2004 Sarah Michelle Gellar version, also a remake of the original Japanese horror movie.

So the 2020 version is a remake of a remake, which seems pointless. The movie follows a single mother who must escape a suburban house haunted by a vengeful ghost that will stop at nothing to kill all those it comes across.

None of the critics have any kind words for The Grudge 2020; so, you are probably better off skipping it.

But if you desperately need your horror fix, Underwater is finally here. Directed by William Eubank, Underwater follows a group of researchers manning an underwater station. When an earthquake devastates the station, they attempt to flee to safety. All the while, they are being hunted by mysterious creatures.

Underwater stars Kristen Stewart, who is a far better actor than some people acknowledge.

But if you prefer lighter, more comedic entertainment, Like a Boss gets its international release this week. Starring Tiffany Haddish, Rose Byrne, and Salma Hayek, the movie follows two best friends with different philosophies. After opening a beauty company together, the pair draws the attention of an industry titan determined to take control of their business.