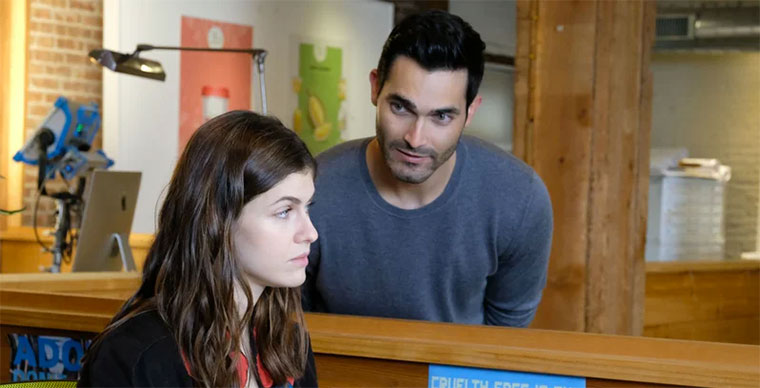 Emma Corrigan was in desperate need of a shake-up. Her job as a marketing manager at a flailing organic food company was not going anywhere. Her relationship with Connor, her dorky boyfriend, was stale and her self-esteem was in the toilet.

After meeting more failure on a trip to Chicago, the flight back to New York changed everything. She was fortunate enough to sit next to a handsome stranger. When turbulence seemingly threatened to pull the plane apart, Emma revealed an embarrassing string of personal secrets to her amused flight mate.

Certain that they would never cross paths, Emma fled from the ensuing conversation the moment the plane landed safely. It came as quite a shock to the heroine when Jack Harper, the handsome stranger, walked into her company’s offices the next day.

The CEO of the company, Jack, was in town to transform their business model. He did not hesitate to tease Emma about her embarrassing secrets. However, despite her worst fears, not only did he not fire her but he was perfectly happy to keep her foibles to himself.

And so began an unexpected relationship, one that would compel Emma to turn her life around once and for all even as she fought to discover the darkness hidden beneath Jack’s seemingly perfect demeanor.

Can You Keep a Secret? came out on the September 13, but only hit Ugandan cinemas last week. I had never heard of Elise Duran, the director. But most of us know Alexander Daddario, who plays Emma, and Tyler Hoechlin, who plays Jack.

The movie is based on a novel of the same name by Sophie Kinsella, who also wrote Confessions of a Shopaholic. This should give you an idea of what to expect.

I won’t sit here and pretend that this movie has me intrigued. Can You Keep a Secret? is a romantic comedy. I have nothing against romantic comedies. I generally watch anything that has a story and characters that pique my interest.

But I saw the trailer for this movie and it looked so tropey and corny. But I know that there are people who find that appealing.