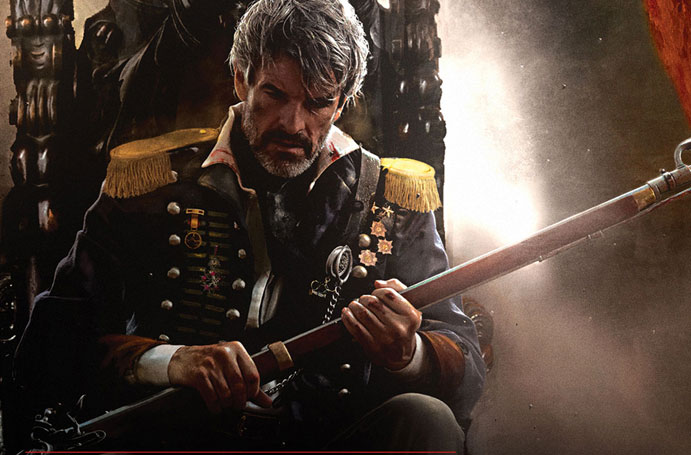 No one saw it coming. Adro’s corrupt leadership was invincible. But Field Marshal Tamas did it. He overthrew the king, massacring his Royal Cabal of powerful sorcerers in the process.

But the morning after brings no relief. The people are starving, and if he can’t feed them, they will call for his death just as loudly as they cheered for the king’s execution. To transform the fortunes of Adro’s residents, to justify his coup, Tamas must bring the Mighty Kresimir Church, the Worker’s Union, and the Mercenary Forces to heel.

When the promise of a wrathful god throws another wrench into Tamas’ plans, he turns to Adamat, a retired police inspector, and Taniel, his son and a war hero, for help. Everyone loved Promise of Blood, the first book in Brian McClellan’s Powder Mage Trilogy.

And I can understand their enthusiasm. The setting is not quite medieval. It is comparable to the Napoleonic period in Europe. Everyone has a flintlock firearm and people use horses to get around.

The power struggle between the Church and the Worker’s Union, not to mention conflicts with the heathens abroad, makes Adro an interesting place. But there is also magic. You have ‘Privileged’, sorcerers that can open a third eye which allows them to conduct the forces of the supernatural like a symphony. Then there are the ‘Knacked’, the least powerful of the bunch, men and women whose abilities are akin to special talents rather than active powers.

Standing in between the two are the powder mages, wizards of a sort that snort gunpowder like cocaine, accessing incredible gifts in the process. They can control the trajectory of bullets at will, increase their reach, and even redirect the force of a gun blast.

The world McClellan paints is intriguing. The concept of the powder mage, on its own, deserves some applause, and so does the idea of starting his first novel with a coup. Promise of Blood, released in 2013, was his first novel. As an aspiring author, I am not always inclined to judge first attempts at writing harshly. But Promise of Blood was not my cup of tea.

Yes, I love the idea of the setting, but the author’s descriptions were too sparse to sufficiently immerse me in it. I also felt detached from the action, like I was listening to someone describe it rather than watching it happen. It felt so clunky, lumbering and devoid of urgency.

The pacing threw me off as well. It was not just rapid; certain revelations lost their relevance, in my opinion, because the author kept rushing through the impact they were having on the characters.

The author was more interested in showing us their reactions hours or days later which rubbed me the wrong way. It reminds me of Dany’s arrival in Season 7 of Game of Thrones and the fact that we don’t see Cersei discover and react to her sudden presence in Westeros.

Promise of Blood did not work for me. But, again, everyone loved it, so I am probably wrong; don’t listen to me.