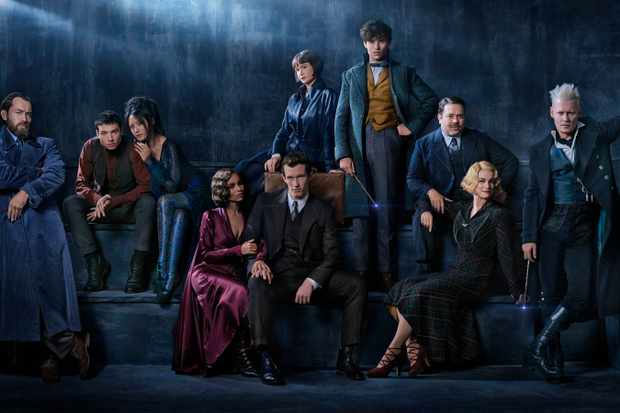 In a YouTube video I watched recently, one girl said when she watched Fantastic Beasts 2, it made her feel terrible that she was not a book reader.

She was not familiar with the Harry Potter novels. Her argument was: the books were filled with detailed character histories and thorough explorations of their relationships and, by reading them beforehand, Fantastic Beasts 2 would have made more sense to her.

But because she did not read the novels, many significant revelations in the movie meant nothing whatsoever to her. She left the theater feeling a little stupid because she could not make sense of the fantasy film.

Here is why her argument stuck with me: I read every single Harry Potter novel several times over. In fact, I read those novels so many times that, for a while, I could quote entire sections. And yet Fantastic Beasts 2 was just as confusing to me. I did not like it. The story had merit but the execution did not deliver.

Now Warner Bros. is moving forward with Fantastic Beasts 3. If all goes according to plan, the movie will hit theaters in 2021. The studio is making a few changes. J.K. Rowling is still writing the script but she will share the responsibility with Steve Kloves who adapted every Harry Potter novel (besides Order of the Phoenix) for the big screen.

This announcement I can appreciate. Kloves understands this universe. He might be the guiding hand that Rowling needs to perfect her scriptwriting abilities. Additionally, the story is supposed to sweep the characters off to Rio de Janeiro which is interesting, because it will explore an entirely new corner of the magical community. But more interesting to Potter heads is the revelation that Fantastic Beasts 3 will return to Hogwarts.

That I can also appreciate because, for all my issues with Fantastic Beasts 2, I actually liked Jude Law’s portrayal of Dumbledore. So, who knows what the added screen time will do for his portrayal?

Will I watch Fantastic Beasts 3? My mouth is firmly saying no, at this point. But who am I kidding?

I haven’t read those novels in over a decade. With all the fantasy I read these days, I only ever remember the existence of this franchise when news like this comes out. And yet, at the end of the day, Harry Potter is still firmly planted in my soul.

It will only take a single trailer to get me on board.