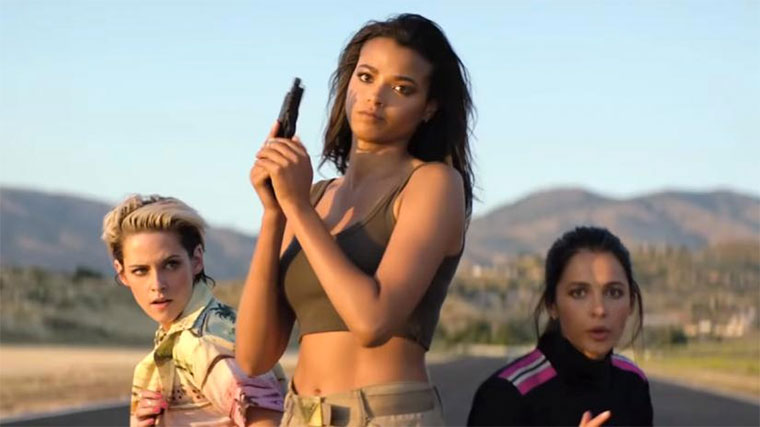 Charlie’s Angels debuted in 1976 as a television show. Created by Ivan Goff and Ben Roberts, the show followed the exploits of Charles, a wealthy man who managed a detective agency.

Charlie was a mystery. His agency was staffed by three beautiful women with whom he communicated via speakerphone. He relied on Bosley, his personal assistant, to oversee their activities.

Most of the moviegoers you encounter today have never heard of the 1976 Charlie’s Angels. But some of them probably remember the movies from the 2000s which featured Drew Barrymore, Lucy Liu, and Cameron Diaz as a crime-fighting trio tasked with stopping a devious mastermind.

The first Charlie’s Angels did well enough to merit a sequel. But Charlie’s Angels: Full Throttle underperformed at the Box Office, seemingly destroying the franchise. The property made a comeback in 2011 as a TV show but it only lasted one season before it was cancelled. Plans for a movie reboot were first announced in 2015.

Elizabeth Banks was hired to direct the project in 2016. By 2018, Kristen Stewart, Ella Balinska, and Naomi Scott had come aboard, playing the film’s leads. And now the reboot is finally here. While the blueprint remains largely unchanged, Banks has gone to great lengths to give the concept a more epic scope. Rather than a detective firm, Townsend is an international agency.

Townsend recruits women, turns them into kickass spies and then deploys them on missions of great importance. When a systems engineer blows the whistle on a dangerous technological invention, Townsend sends three Angels to assess the situation.

I remember the first movie, and I remember watching and hating Full Throttle. There was a scene in which Drew Barrymore snarled and barked like a dog. Odd. I ignored the TV show. So I am the furthest thing from a diehard Charlie’s Angels fan.

Elizabeth Banks said in an interview that her instalment in the franchise was essentially James Bond or even James Bourne, but for women. She clarified that she wasn’t making a movie aimed towards women. Rather, she wanted to tackle the action genre from a female perspective which is why there are fewer butt shots and more hugging between her protagonists.

I watched the trailers and the movie looks like any other generic action blockbuster. The first Charlie’s Angels used Kung fu and wirework to hook me. I am curious to see how the latest version sets itself apart.