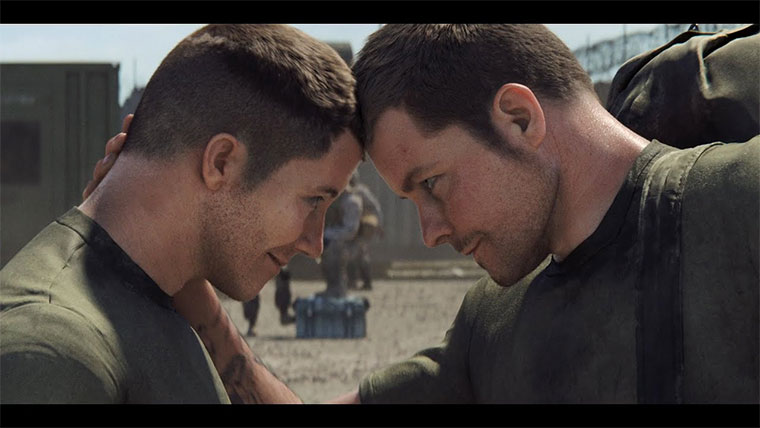 When Shape-shifters ends, that irritated voice in your head immediately responds with, “That’s it? No, that can’t be it. I want more. Give me more!”

That is how you know that you just watched a truly magical episode of television. Most conventional episodes of such quality have an hour to build towards a memorable crescendo. Shape-shifters did it in 12 minutes; a simple animated short film, and yet it did in 12 minutes what most shows struggle to do over the course of an entire season.

Shape-shifters is the tenth episode in Netflix’s Love, Death, and Robots Animated Anthology series. Decker and Sobieski are two werewolf friends serving as so-called ‘Dog Soldiers’ in the army. Sobieski has a patriotic streak. He wants to serve his country regardless of the abuse his kind suffers at the hands of their American masters.

Decker joined the Army to watch Sobieski’s back. When a savage assault decimates the ranks of his uncouth comrades, Decker goes on the warpath to find the responsible party. I feel like I have said this before, so it might sound disingenuous to repeat. But I’ll say it anyway. Shape-shifters is, without a doubt, the best episode Love, Death, and Robots has to offer.

That first scene is just…mouthwatering. It immediately lets you know that something is off. A unit of American soldiers, armed to the teeth, is marching through the street of a war-torn Middle Eastern city.

And leading the charge is this lone soldier, walking barefoot several meters ahead, unarmed, scanning, searching, and sniffing whilst also finding the time to exchange good-natured banter with the only other barefoot soldier in the contingent.

And then all hell breaks loose. The lone soldier takes a hit, goes down, only to rise again, eyes taking on a golden hue as he calls out the coordinates, barely slipping past a bullet meant for his forehead as the marines in the background turn the target to dust.

The animation is so…alive. The art is so expressive. Three minutes in and you feel like you’ve known the characters all your life. And nine minutes later, Shape-shifters is over and it feels like you just went on an extended journey with protagonists you met barely 10 minutes ago.

You want to see this world that Sobieski and Decker inhabit. You want to see where the story goes next. But Love, Death, and Robots does not give you any of that, and this is why I generally hate anthologies.