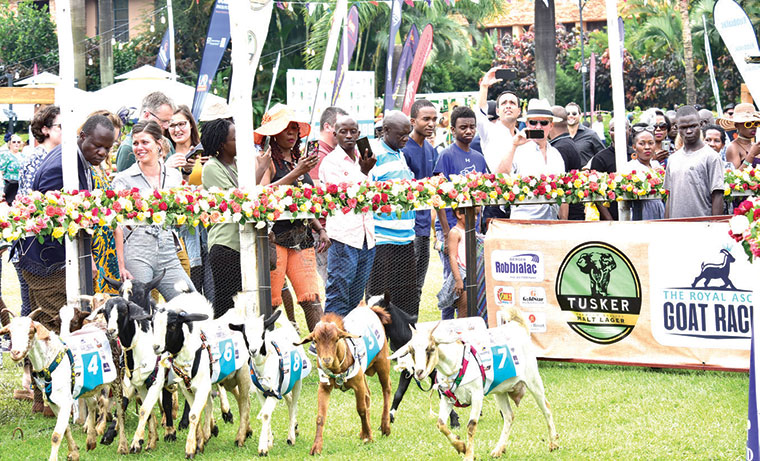 In spite of the rainy season, last Saturday, fans pulled out their wide-brim hats, sunglasses and goats, for this year’s edition of the Goat Race at the Speke Commonwealth Resort Munyonyo.

Forget the goats; the event is a chance for Kampala’s socialites to showcase their sense of fashion and convince their hearts that they are headed for a fancy horse race, and not to see goats running.

The show was headlined by Ykee Benda, Lydia Jazmine and Big Trill, all of whom put up good performances. Revellers wore shorts, African prints, maxi skirts and bright-colored sundresses.

The goat race has grown to be more than just entertainment, as proceeds go to charity; this year the money will go to building toilets for slum communities in Kamwokya.

0 #1 Lysol 2019-10-17 01:58
Those goats look malnourished; too skinny unlike the food lover and androgynous fat Olanya. Animal cruelty.
Report to administrator