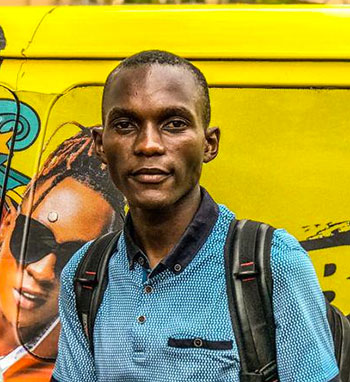 Henry Suubi Kiyimba, 20, is the Makerere University freshman who was mocked on Twitter by a fellow student for reporting on the first day of university with a metallic suitcase more associated with boarding schools.

However, the mocker turned out to a blessing in disguise after the photo went viral and made Suubi an overnight star and inspiration. Quick Talk caught up with him minutes before he joined his discussion group at the campus.

Makerere is one of a kind; isn’t it?

Surely, it is! [Shaking his head.]

Tell me about Suubi.

I am called Suubi Henry Kiyimba, I come from Kamengo, in Mpigi district, Mawokota sub county, and I am studying for a bachelor’s degree of Science in Mechanical [Engineering], in my first year.

We are eight children and I am the third-born and the oldest boy. I attended Goli Girls primary school. I was at St Bruno Serunkuma for my O and A-level. And that’s where I came from to join Makerere University.

I read somewhere that your primary school was Goli Girls. Isn’t that a girls only school?

Aahh…. No it was a mixed school, that is just for formality.

How do you find Makerere?

Makerere is very nice, because it is so close to real life.  There are the poor and the rich, something that makes it a lifetime experience. Life here is too serious compared to the other life and totally different from the life I used to know.

That saga that made you unintentionally famous…!

I was coming from home on the day I reported here; I came in my own way [to University Hall, with a metallic suitcase and a rucksack].

Somebody took a picture and tweeted it with some funny comment. I may not remember the words but they were not good.  He tweeted that photo to just get comments and likes. I got to know about it after two days. Someone called Mathias Ssemanda [a personal assistant to the Makerere vice chancellor] called and showed me that photo.

How did you feel after seeing the photo?

It was not [a big deal] to me, because nobody knew me here. It also showed my back view, not the front; I thought I was dreaming, because that man called me to come to his office and he showed me the photo. I was so shocked because I did not expect such a thing. 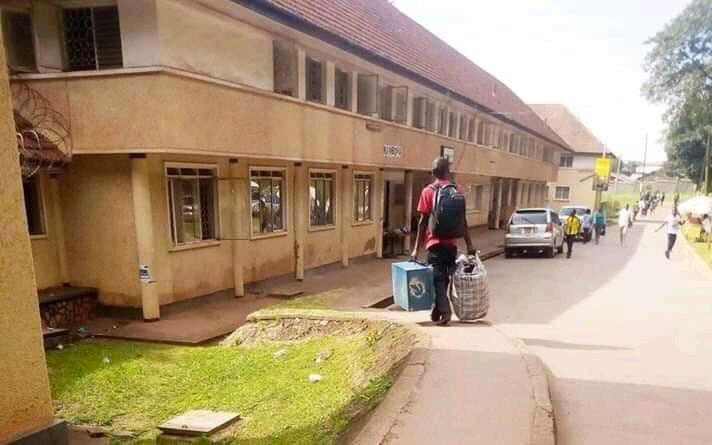 I just had one thought running through my mind when I came here. I was telling myself that three years were not too much; so, let me go and finish this so that I can leave Makerere. I just wanted to go back home to a different lifestyle. After 10 minutes, I was taken to the vice chancellor’s office.

What did the VC want?

There were words of encouragement, and had I not heard those words…

I was not actually embarrassed, because that was me; I was shocked but not embarrassed. That was my lifestyle and I had no choice in me turning up like that at a university.

Which feelings did you have towards this ‘bully’?

I did not know the boy and so it was fine with me. We, however, met after some time and talked, somehow, and became friends thereafter.

[Wistfully] I am not so sure about the ‘good friends’ part. [But when we met] I thanked him, because he had his own plans and God too had His own, and He turned everything to something beneficial. [Suubi has since that tweet had an overwhelming response from individuals and organisations willing to help him.]

What were some of the big benefits?

I at first was admitted to do Science with Education on government scholarship, but I later changed to Science with Mechanical Engineering. This was fully sponsored by Joadah Consult and Development Infrastructure. It was a very good opportunity which l took up immediately.

The French embassy also came up and I am about to start learning French. I was also sponsored free lunch for the whole semester at the canteen near the main gate at the College of Computing [and Information Science]. Things changed rapidly but it was up to me to fit into the situation. I am now used to all these things that are happening and I have concentrated on studies.

How did you handle the unexpected fame?

After seeing the photo I knew what was coming; so, I had to fit in. The good thing all this happened when we had not started studying and media interest is minimal now.

Did you have individuals who also came up to help?

Yes, a lot of people like Cedric Babu, who connected me to a group that was collecting some things for me, which were brought by Ruth Aine, one of the ladies. I also received mobile money from a lot of people and I don’t take any of this for granted. I am also the overall chief fresher, where I represent all freshmen.

And you owned your first smartphone after the saga!

[Laughs] It was a different kind of life; I had never owned one before. But I, however, control myself on social media. All my accounts are active but I am not there all the time.

Don’t you have girls crushing on you now that you are famous?

When they come to me I [don’t take them seriously] because they were not there when I was in the other condition; so, when you come up now and focus on me…

What did your parents [He was born to Rose Nalwanga and Denis Ssimbwa] make of it all?

My mother is okay with it and takes it as a blessing for us all. I called and informed her about what was happening.

So, where is the famous suitcase now?

Hahaha…it is now back home.

What was inside it on the fateful day, by the way?

The suitcase was empty on that day, but I had hope I would store some things in it when the first allowances come. [Government-sponsored students receive some allowances every semester for meals and other essentials, depending on the course.]

That’s humbling, Suubi. Which challenges are you still facing?

Students still call me names; it hurts but it is okay with me. You pass by a group of students and I hear them describe me as “the boy of the metallic case” and other funny things. I, however, thank the university, because doing such a course compared to where I come from is something big.

Last message to all students who feel like life is worthless...

Most of the students who tend to feel low are those who in most cases try to be something they are not. So, they should try to be themselves and focus on what they want to be and put God first. Your neighbour’s life is not your life.

One day he could aspire to be a leader at university and his slogan should be metallic case
Report to administrator
+2 #2 Jwariakoli 2019-09-20 11:05
.'...your neighbours life is not your life'.ABSOLUTELY!
The best of luck, young man.
Report to administrator
+2 #3 Tabula 2019-09-20 15:09
Suubi's metallic suitcase is not something new except in the present Uganda , where students try to be what they are not.

Some of these "Samsonite" suitcase carriers go to the extent of telling lies to their parents that they have not received Government sponsorship,so that thy extract every coin from the parents for showing off at campus.
My Lord "Heb Heb" used to be clean and White, what is happening?

Management should give it a coat of paint
Report to administrator