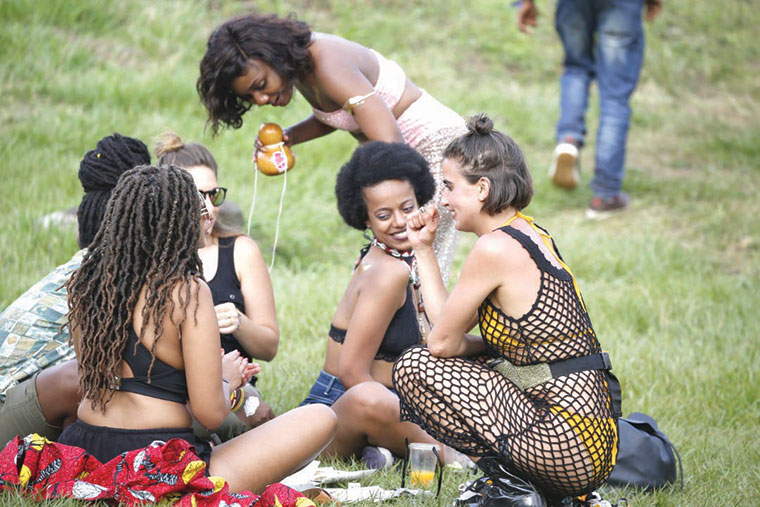 Some of the patrons who attended Nyege Nyege

During the first week of September, Njeru in Jinja district comes alive with a fete of the arts called Nyege Nyege festival.

The festival that has grown to overshadow all the rest was at Nile Discovery beach, Njeru last weekend, drawing patrons from East Africa and beyond. At first, frowned upon by the conservative Ugandans including government because of its too liberal approach to having fun, Nyege Nyege has finally found acceptance as a tourist magnet as thousands descend o to the banks of River Nile to camp, make merry and party for four days straight.

The event kicked off last Thursday with Ugandan DJs dubbed Collective Femme Electronic, a female duo that fuses East African folklore with electronic sounds. The effect was almost hypnotic as people shook their bodies like they were possessed.

It was something of a spectacle as the festival returned for its fifth year. A major highlight was the ‘revival’ of Cranes band, a popular outfit from the 1960s and 70s that gave birth to Moses Matovu’s Afrigo band, among others.

Also on the entertainment lineup were Sheebah Karungi, Pallaso, Navio, Lillian Mbabazi, Tucker HD, Bigtril, The Mith and Beanie Gunter, who were on the main stage. Sheebah, in a hardly-there green outfit, sung her Mummy Yo, Nkwatako, Follow Me and Jealousy. 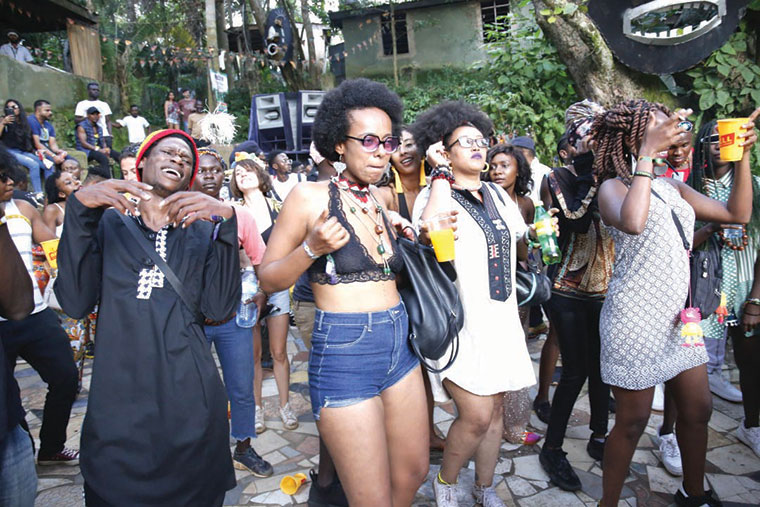 Although she had trouble singing live and possibly had the worst performance at the festival, most of the revelers were already tipsy and could have cared less had she recited Baa Baa Black Sheep.

Pallaso, on the other hand, put on a powerful performance with Hana, Mukyakale, and Mama, among others. This year’s event included a number of folk music artistes on different stages, which were a big hit, especially with foreign patrons that hopped and twerked around, high on music and ‘other things’.

To think that tickets sold online cost Shs 130,000 (Shs 150,000 at the gates)! The turnout was a huge success. For early birds, those tickets came with a tent for the four days, while others carried their own tents or slept at the many hotels in Jinja.