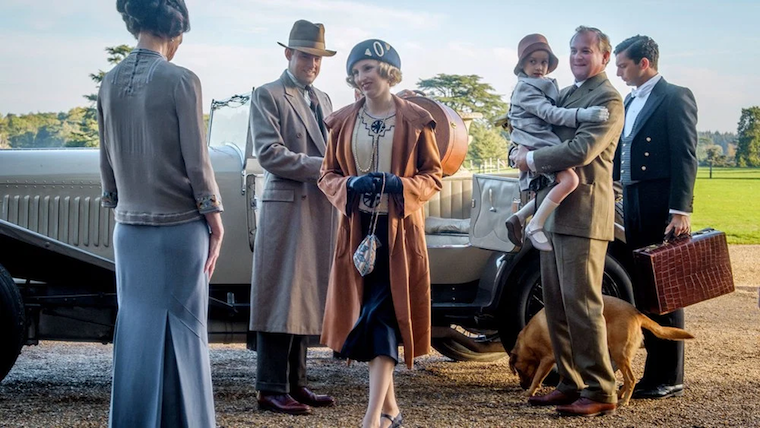 When I watched the trailer for Downton Abbey the movie a few months ago, I remember thinking, “Okay, this is so…British, and mundane.”

The aristocratic snobbery was practically dripping off my computer screen. People scrubbed floors and polished silver and congregated for dinners and swooned and had conversations.

Trailers are supposed to plant a seed of curiosity in the minds of potential viewers; enough to pay for a movie ticket months later. Any seed this trailer wished to plant in me fell on rocky ground. But then again, I don’t think I was the target.

The most melodramatic scene in the trailer features an old man walking down a gravel road on a sunny morning towards what I presume to be the famous Downton Abbey.

Again, I was not moved. But I remember thinking: “Some overly enthusiastic Downton Abbey – the series fan out there is possibly screaming themselves hoarse at the sight of this man.”

This movie was made for the fans of Downton Abbey, the TV show that premiered in 2010 in the UK and quickly became an international hit.

The show told the story of the Crawley family, their servants, and the lives they lived in a Yorkshire country estate. I never watched Downton Abbey.

But I know that most of the drama was incited by the innocuous and romantic relationships between the privileged and lower-class residents of Downton Abbey. Downton Abbey ended in 2015 after 52 episodes. Julian Fellowes had no intention of pursuing a movie.

He wanted the TV show to have a conclusive ending, and he delivered just that. The idea of a movie basically crept upon him. He needed a story that would disrupt the lives of the entire family, including the servants, and a visit from King George V and Queen Mary would do just that.

But Julian had no interest in doing the movie unless he could bring most of the core cast back. Fortunately, Hugh Bonneville, Dame Maggie Smith and the rest of the Downton Abbey alumni were just as enthusiastic about the prospect of a movie as he was and they happily reworked their schedules to fit in the project.

Fellowes has promised fans he has no intention of disrupting the happy endings he wrote for the TV show. He has also promised a more conclusive ending his time around.