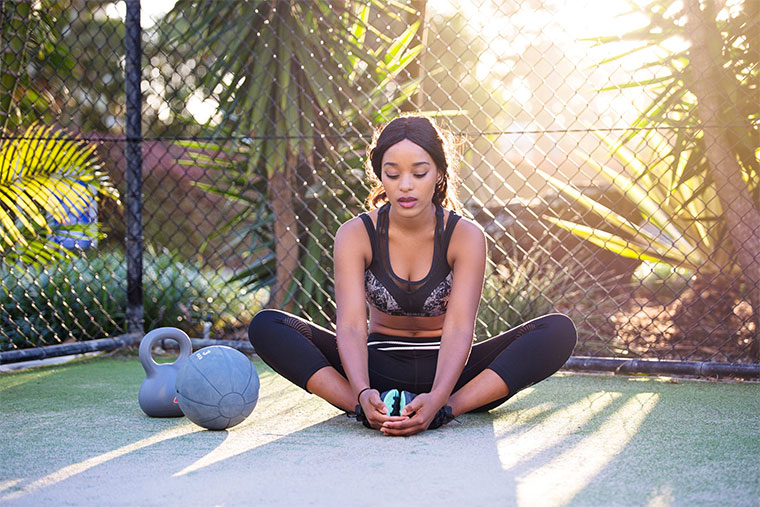 I have my horrible days, where nothing seems to be going my way and no amount of ‘talking me down’ by my best people could improve my mood.

Yet like magic, working out always helps. I leave the gym with a bounce to my step and birds chirping in my head. That is why I believe scientists when they say exercise is the best antidote for a stuttering sex life.

Now-you-see-it-now-you-don’t erections? Premature ejaculation? Poor or no lubrication? Hormones zooming around your body seemingly on their heads instead of the right side up? Exercise.

Everything, apparently, can be fixed by improving your blood circulation. When you think of engorgement, lubrication, arousal, desire, body responsiveness – they all need a healthy blood flow that is achieved by exercise.

Some people concentrate on just strength training – making a beeline for the huge dumbbells and heavy weights for a buff body, but what your sex life needs more is cardio or aerobic exercise. Anything to rev your heart and raise the heartbeat significantly during workout, or leave you a little breathless.

Go swimming, ride a bicycle, play football, join an aerobics class, jog, anything. That is what improves blood flow, helps in the release of important chemicals and hormones, and allows you to handle the vigour of lovemaking with impressive endurance.

According to a study published in the August edition of Journal of Sexual Medicine, aerobic exercise is especially beneficial to women, where it reduces sexual dysfunction by up to 30 per cent, compared to 23 per cent reduction in men.

And that hides the fact that women too quietly endure sexual dysfunctions that make many wives absolutely hate sex and only present themselves like sacrificial lambs whenever their husbands are in the mood.

An inability to lubricate, the inability to achieve an orgasm, vaginismus (reflex pelvic floor muscle spasms that make penetration impossible or painful), and a host of other dysfunctions can plague a woman’s sex life. Other women have very weak pelvic floor muscles as a result of childbirth, thus having little or no grip on their husbands during lovemaking.

The study says, most of these problems can be alleviated by intense exercising.

“Women who were the most fit reported the least difficulties with arousal and the least orgasm dysfunction,” Dr Benjamin Breyer, a urologist at Zuckerberg San Francisco General hospital, said of the study.

In the fixation with attaining the world’s physical standards or beauty (slim, tall and light-skinned), many wives are too busy trying another radical diet and bleaching to attain a certain size and complexion, but have paid little or no attention to fitness.

Working out is not just about the weight loss, but also about these other non-physical benefits that trickle into your health and sex life. You will reunite with your spouse later in the day feeling upbeat, not stressed, and with such body confidence and energy – all recipes for great lovemaking.

Just start working out more; your worldly challenges may remain, but the body rises beautifully above them when it has been put through a rigorous workout. There are husbands whose most physical activities of the day are walking into the bar to meet up with ‘the guys’, and jumping off the stool to scream when Arsenal scores.

The sedentary lifestyle is slowly killing sex, one marriage at a time.