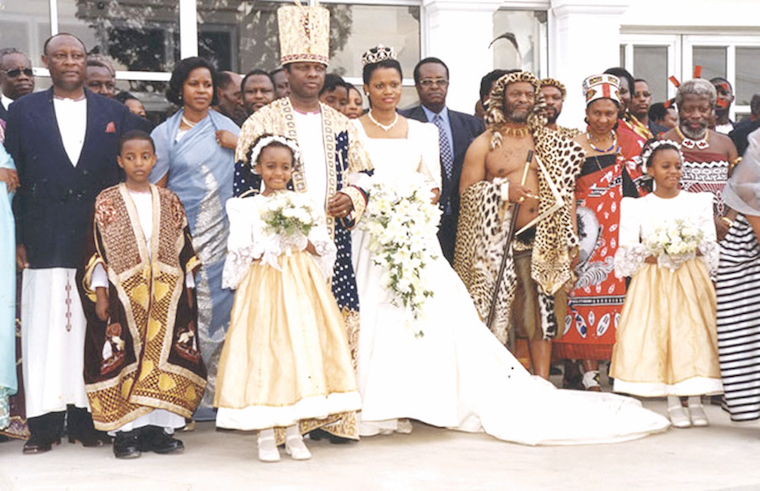 The Kabaka's wedding was on the lips of everyone in 1999

The summon was like no other. Kabaka Mutebi had decided to finally answer a question that was being asked of him by all sorts of people: “Who will you marry?”

It is a question that had dogged his Kabakaship for six years and many years before he was coronated 36th king of Buganda. When the royals and the Katikkiro arrived, Kabaka Mutebi introduced to them a smashing beauty in Sylvia Nagginda Luswata as the future Nnaabagereka.

The invitation revealed something to his subjects they may not have noticed; the romantic side of their king that he chose Valentine’s day to introduce his fiancée to his family and Buganda (as represented by the Katikkiro). But this was not the first time some people had had a glimpse of the lady who stole Kabaka’s heart.

A few months before the Bbanda Valentine’s day love affair, the Kabaka had travelled to United Kingdom to attend a cultural gala organized by Baganda in Europe. And at one of the functions, Sylvia Nagginda sat next to Mutebi, an indication to those with a keen eye that she was ‘the one’.

Katikkiro Ssemwogerere, who had attended the function in the UK, was not shocked on who emerged out of the Bbanda Palace as ‘Nnaabagereka-elect’.

So, on March 15, 1999, Ssemwogerere informed an excited Buganda Lukiiko that the Kabaka was engaged to be married. A standing ovation followed, with spontaneous drumming and singing of all the stanzas of Ekitiibwa kya Buganda, the kingdom’s anthem. August 27 was chosen as the date and preparations for the wedding of the century started in earnest.

Baganda and corporate bodies showed up at Bulange every now and then to present amakula to the Katikkiro to help in preparation of the wedding that would attract 5,000 VIPs and hundreds of thousands of Baganda.

The wedding excited and united Buganda just like the 1993 coronation ceremony had. Journalists traveled from all over the world. Thousands of people lined the roads to Namirembe cathedral and the Mengo palace where the reception was held.

Those who knew anybody in Mengo made endless calls to be on the guest list. Newspaper columns were dedicated to the wedding. Everyone wanted to be part of this wedding. Sylvia Nagginda’s life had changed forever. From a previously unknown lady who lived quietly in New York and worked for blue chip companies, to one everyone would scrutinize and adore.

At one stage, one could even say she was more photographed than the Kabaka. In the months following the wedding, tabloid press watched her waistline like no other. News of her pregnancy with Princess Katrina Ssangalyambogo excited everyone. 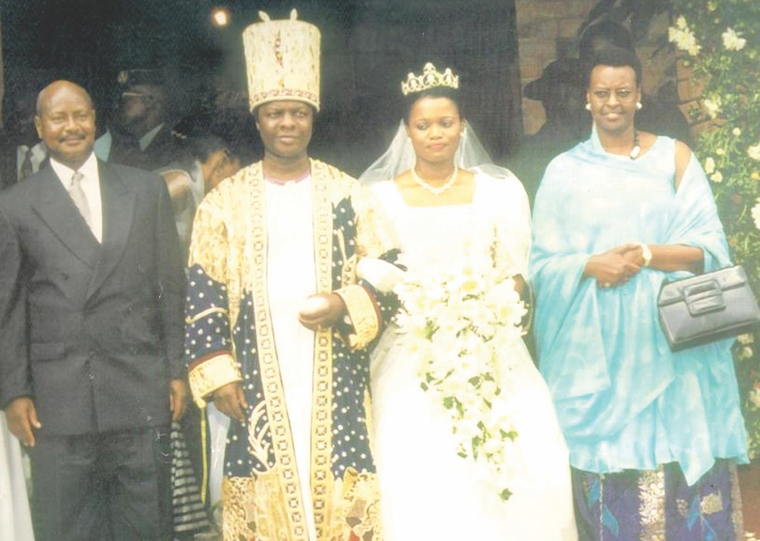 Katikkiro Charles Peter Mayiga writes in his book King on the Throne that the “title of ‘Nnaabagereka’ and the very idea of a consort for the Kabaka is fairly recent.

Ssekabaka Daudi Chwa II coined the title of “Nnaabagereka” when he took Druscilla Namaganda of the ‘Nte’ clan to the altar in the first Christian royal wedding in Buganda on September 19, 1914 at Namirembe cathedral. Before then, the kings had very many wives the most senior of whom was called ‘Kaddulubaale.’ The role of the Kabaka’s wives was to look after their husband’s domestic needs and to produce princes and princesses.”

Mayiga further writes that “the marriage of Kabaka Daudi Chwa to Druscilla Namaganda marked the beginning of an official role for the wife of a Kabaka for whom a title of Nnaabagereka or literally, ‘one who cares for all’, was coined for her.”

Nnaabagereka Sylvia Nagginda has held this position with integrity and grace. She has used it to advance causes that uplift women and children through her Nnaabagereka Development Foundation.

The Ekisaakaate, a cultural camp she organizes every January, imparts morals in children. It has since expanded beyond Buganda to include camps in South Africa, United Kingdom, North America, and the Scandinavia.

Central government minister Mary Karooro Okurut, a non-Muganda, once wrote an op-ed requesting Nnaabagereka to take Ekisaakaate beyond Buganda borders within the country. Although that may not have happened yet, a lot of non-Baganda already enroll their children for Ekisaakaate.

Nnaabagereka Nagginda has used her position and influence to articulate issues that develop not just Buganda but the country at large as well — something those who love the Kingdom of Buganda must be proud of.

Marriages are private even for kings, but Kabaka Mutebi’s wedding through the role of his wife has had a significant impact in uplifting the wellbeing of women and children as we mark their 20th wedding anniversary.

0 #1 kabayekka 2019-08-25 13:37
Where in the Ganda communities the heir to the throne has got to be a male, unfortunately in many Ganda families the masculine heir has not done a very good job.

And the lesson these days for the Africans who bear male and female children, the writing is on wall. Is it not time enough for African heirs to include female next of kin especially where access to capital and assets is utmost?

It is going to help this nation to develop better if it starts to reform itself for the better.
Report to administrator
+2 #2 Empayippayi 2019-08-26 18:02
I remember watching the church ceremony live on TV and heard President Museveni saying in his speech that he was happy to see people from various parts of Uganda in attendance.

"Even the Karamajong are here. I have just seen them with their feathers." The only person wearing head gear with a feather was King Zwelithini of the Zulu (from South Africa)!
Report to administrator
+3 #3 SSEMWOGERERE JOSEPH 2019-08-27 10:03
I Congragulate My Kabaka upon reaching this anniversary and May the Almighty God grant him more years to lead and rule us.