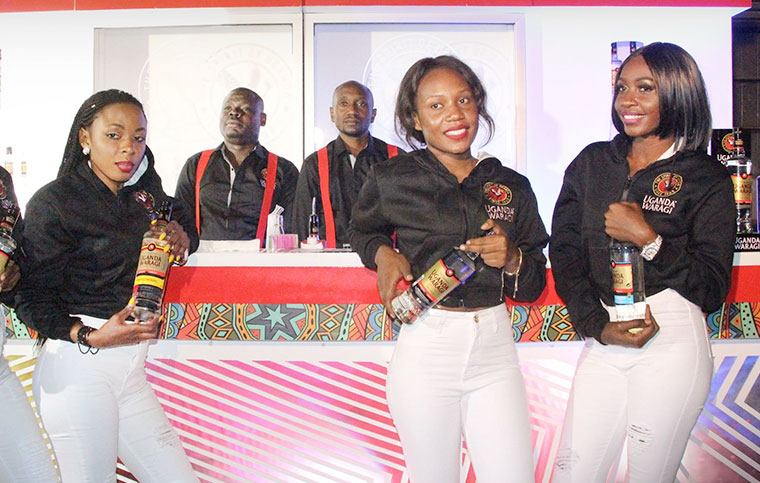 A Ka Dope on Friday night made a comeback after a three- month hiatus.

This was the Fusion edition, which gave chance to Ugandan upcoming artistes to work with accomplished ones on original content, and rapper The Mith was the main act.

The event at One Ten in Industrial area opened with DJ mixes and as the crowds grew larger, the A Ka Dope band led by Essie stepped on stage and treated revellers to some original compositions like Amari.

But what really got the crowd on their feet were the throwback performances where the band did retro covers from Justin Timberlake to Mary J Blige, and on to Lingala that saw everyone pulling out their best strokes.

Riddym, a reggae artiste, was the first guest performer of the night, doing Belinda, Diva, Peace and Love from his upcoming mixtape, She Found Me. He rounded it off with a rendition of Chronixxs Skanking Sweet, which got revellers dancing to the reggae vibes.

Uganda Hip Hop Awards nominee for female rapper of the year, Shirley May, brought on her rap game with her party-themed songs such as Tusula Ku Mwezi, Weekend Party and Tunywemu.

Revellers were then treated to the soothing melodies of Lamu with her tracks Crossroads, Kyekyo and her career-changing song, Something About You.

Tom Mayanja alias The Mith finally stepped on stage accompanied by the A Ka Dope band to perform his hits Amen, Come Again and Competition Is Dead. He later did collaborative fusions with Shirley May and later Lamu, fusing sweet RnB vocals with hardcore rap.

The Mith then crowned the night with a very energetic performance with Riddym doing a reggae version of Lighter, which had revellers sing along.