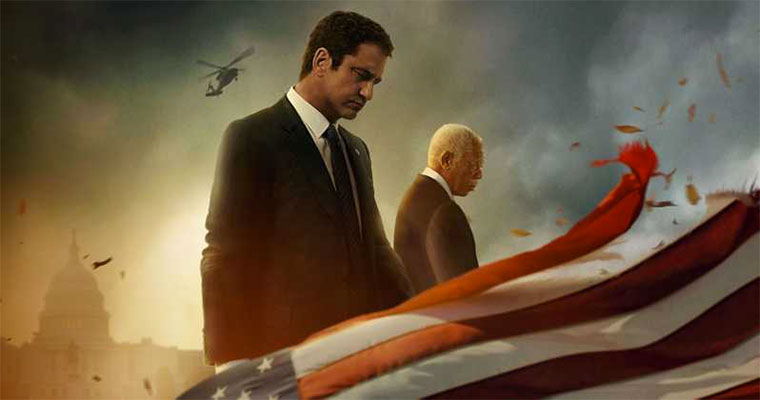 In Olympus Has Fallen, a North Korean terrorist organization attacked the White House.

In London Has Fallen, Western security agencies located a wanted terrorist known as Barkawi and then used a drone to ‘kill’ him and his family. Two years later, Barkawi resurfaced to get his revenge.

First, the British prime minister died. Then, when leaders from every major Western nation descended on London to attend his funeral, terrorists launched a coordinated attack against the city.

Once more, Banning, now running security detail for the president, stepped up and foiled their plans, initiating a conflict that nearly consumed the entire city. Now, the trilogy is finally hurtling to a close in Angel Has Fallen. This time, Gerald Butler’s Mike Banning is not just another unfortunate operative in the wrong place at the wrong time.

This time, Banning is on the run. Someone tried to kill the president and they went to great lengths to frame Banning for the crime. With the FBI and the secret service out to get him, Banning must find the men who soiled his good name before they execute a terrifying plot.

This series started out strong. I was not that impressed by  Olympus Has Fallen; I actually preferred White House Down. But I can see the appeal of Olympus Has Fallen. Antoine Fuqua, the director, has a solid reputation with his resume featuring projects such as Training Day.

But I could not finish London Has Fallen. That movie has no redeeming qualities. And yet it made money. A $205m worldwide gross may not seem that impressive until you realize that the production budget was just $60m.

So, I guess a third movie in the franchise was inevitable. This time round, the director, Ric Roman Waugh, is even more obscure. And nothing in the trailers suggested that Angel Has Fallen might exceed its predecessors in quality.

But I assume that someone out there actually likes these movies. Otherwise, why would they keep making them?