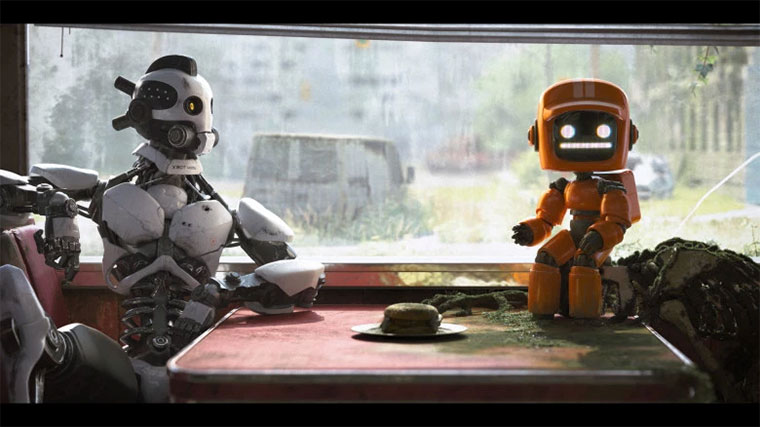 Netflix’s Love, Death & Robots is an animated anthology series with a different team using their own style of writing and animation to tell a distinct, relatively complete story.

I hate anthology series. The idea that the next episode completely abandons the premise of its predecessor in favor of telling an entirely new story, irritates me. And yet Love, Death & Robots might be one of the greatest things I have watched all year.

Interestingly enough, I struggled with the notion of doing a write-up of this show. I have volumes to say and I could not imagine fitting all my thoughts into a single succinct article. So I decided to go a different route.

I feel like Love, Death & Robots has so much to say about writing and storytelling. And I will try to explore those concepts by looking at the individual episodes later on. But for now, the show is brilliant.

Most of the episodes in this series are actually less than 10 minutes long. In fact, some are five minutes or even shorter. And yet every single one of them will blow your mind. The brilliance of anthology series, which I never appreciated before, is the fact that each episode is a mysterious box. You won’t know what to expect until you start watching, and even the worst episodes have a spark of creativity that you cannot help but applaud.

If you have not seen this show, I refuse to spoil it for you, because I relished the notion of sitting down each day, pressing play and waiting to see what would happen next. The show is mostly science fiction. You have everything from time travel to space exploration, alien warfare and everything in between.

The fact that some of these episodes could tell complete stories, with complex character development and three-dimensional relationship dynamics in mere minutes, blew my mind. Every single one of these 18 episodes deserves an entire series of its own. I don’t think I have ever seen a string of animated shorts this good.

The animation is cutting-edge, the action is so well-thought-out, the human drama has depth, and the science fiction concepts are imaginative. If Avengers Endgame had not premiered this year, I would have happily crowned Love, Death & Robots as the King of Entertainment in 2019.

I can’t wait to talk about some of the individual episodes. That said, I should warn parents that this show, though animated, is not for children. Some episodes are harmless, but quite a few are infused with enough adult content to make one activate parental controls.