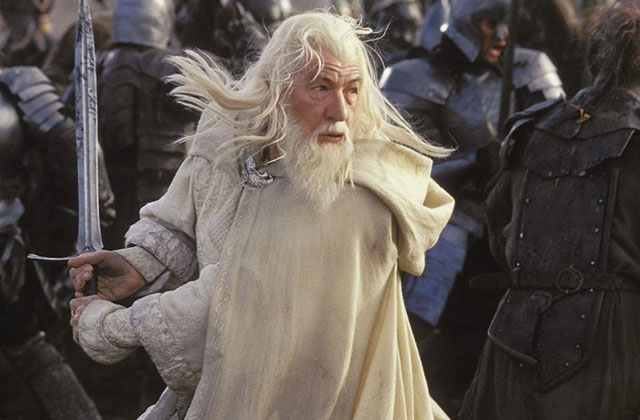 The Lord of the Rings TV show will take place in the Second Age of Middle Earth, a period that eventually saw the first downfall of Sauron.

The original Lord of the Rings trilogy took place at the end of the Third Age. So, the TV show is going quite a ways back. This choice of time period is interesting because it gives the writers so much room to breathe. The history of Middle Earth is as vast as it is rich.

The First Age is the craziest of them all, because it deals with Eru, an all-powerful being who summoned angelic creatures called the Valar to a gathering and then compelled them to sing what you might call the song of creation.

Eru wanted to make Arda, a beautiful garden world that the Valar would populate and inhabit. But Melkor, his most powerful Valar, rebelled. He sang a song of discord, one that allowed him to sneak into Arda along with some of the other Maia – weaker angelic spirits who served the greater Valar. Sauron and Gandalf are Maia.

Melkor’s actions corrupted Eru’s work of creation. And through the cruel Valar’s efforts, dark creatures like Balrogs and dragons came into being. Soon after, the elves awoke. The Valar sought to protect them from Melkor’s work.

But Melkor would not be denied. He invaded Valinor, destroyed the two trees and stole the Silmarils. Then everything went to hell. The Elves chased Melkor, now renamed Morgoth, to Middle Earth.

Elven Kings and Queens –Feanor, Fingolfin, Galadriel and their ilk—were fell into conflict amongst themselves and against Morgoth. At one point, Morgoth was allied with Ungoliant, a giant spider born from the mysterious dark that could only subsist on the light. Morgoth even commanded an army of Balrogs. There’s also a story about Ancalagon, a dragon the size of several mountain ranges.

If you thought Smaug was impressive, Ancalagon The Black could sneeze him out of existence. This story is, well, ridiculous. In the grand scheme of things, Sauron barely registers in the history of Middle Earth.

Sure, he enjoys the title of Dark Lord now. But for the longest time, Sauron was just a Maia to the Valar Melkor. He was a stooge. And his petty conflict in Middle Earth pales in comparison to the War of Wrath which ended with the sinking of the continent of Beleriand.

But that does not mean that the Second Age is boring. Sauron’s first attempt at conquering Middle Earth has a lot to offer. This is the same period that gave us Ar-Pharazon, Middle Earth’s Greatest Military King (Sorry Aragorn), not to mention all the mischief the Witch King of Angmar got up to.

We also can’t forget that in the Second Age, Sauron had a beautiful human form. So you know Amazon is going to cast some attractive young actor for all the teenage girls to ogle.