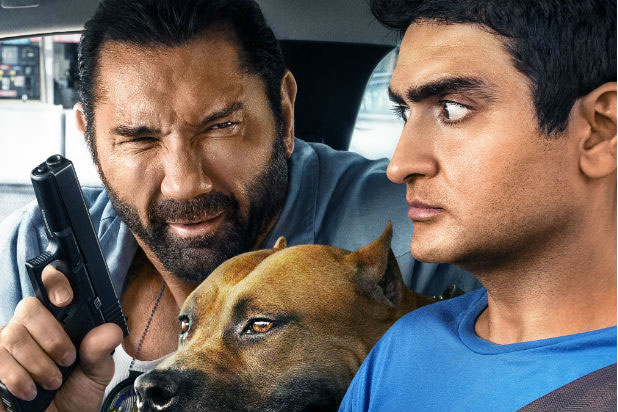 Stuber is an action comedy that follows a wimpy Uber driver whose luck takes an unfortunate turn when the wrong man enters his car.

Dave Bautista plays Vic, a grizzled LAPD detective courting disaster. Vic and his partner tried to capture Teijo, a heroin dealer. Not only did Teijo escape but he killed Vic’s partner. Six months later, Vic is back in the game, still visually impaired from the incident, but no less determined to find Teijo.

Vic and Stu should have never crossed paths. Stu, the Uber driver, had accumulated a string of racist one-star reviews. So, he was desperate to redeem himself before his online reputation took an irreversible turn. Even so, when Vic barged into his car, Stu’s instincts told him to flee.

But he needed the positive rating and the money. Stu took Vic on as a passenger, unaware that the deranged detective was intent on dragging him along on his quest for revenge. Stuber garnered some attention when it debuted a few months ago. At the time, the people introducing the film emphasized the fact that it was still a work in progress, a strategy that allowed them to avoid some of the bad press movies of this sort tend to attract.

Directed by Michael Dowse who is also responsible for Goon, Stuber looks like a lot of fun, almost like a throwback to the action movies of the 1980s. Bautista is playing a seemingly cliché action genre tough guy. His macho personality is supposed to contrast sharply with Kumail Nanjiani’s meek, withdrawn Stu.