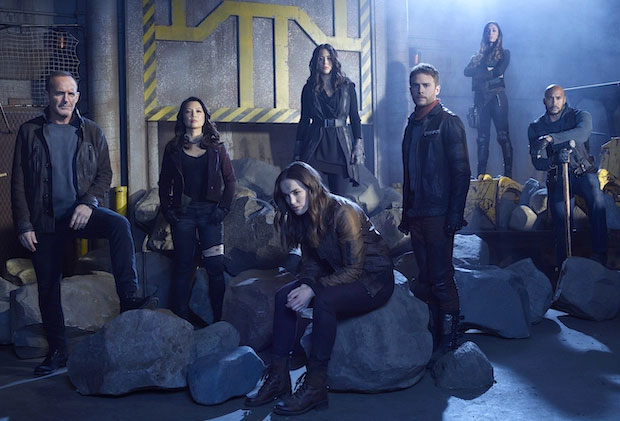 Agents of Shield is back for its sixth season. The fact that so few people watch this show still astounds me.

This is where I would normally jump into a passionate defense of the television series, but I don’t see the point. Yes, season one was a little problematic, but the twist at the halfway mark completely redeemed it. Agents of Shield has given us some of the best seasons of any comic book show on television ever. It blows every single CW show – apart from the first three seasons of Arrow – out of the water.

Still, nothing I say will convince any of you naysayers. So, let’s just move on to Season Six. Agents of Shield has a problem. The people who created the show chose to place it in the same world as the current Marvel Cinematic Universe (MCU). The idea was to take advantage of MCU’s growing fanbase.

This decision quickly backfired after the first season when the showrunners realized that they were essentially enslaved; they had to play by the rules of the MCU. So, when the second Captain America movie turned Shield (the organization) evil, the TV show was forced to convert its heroes into villains just so it would remain true to the spirit of the MCU.

When Ultron went rogue in the second Avengers movie, Agents of Shield spent a significant portion of their season tying their characters into the battle against the evil AI, essentially discarding storylines initiated in prior seasons.

The showrunners are no different from us, viewers. They do not have access to any prior information about the direction MCU intends to take. They have to wait until Marvel makes its move. Then they must adapt, otherwise, questions about consistency arise.

For the longest time, Agents of Shield actually thrived under this pressure, essentially using every twist the MCU forced down their throats to evolve into a leaner, meaner, more satisfying branch of the Marvel Cinematic Universe.

Heck, they even found a way to loop Thanos into the story. But even at their best, there were plots that suffered from the show’s attempts at keeping pace with the MCU. The Inhumans are one stark example. Agents of Shield was only permitted to use them because Marvel had canceled their plans for a future film. And the show did an amazing job with the concept.

But then the powers that be decided to resurrect The Inhumans project as its own show, described as a science fiction version of Game of Thrones. People who watched ‘The Inhumans’ will tell you that it was utter garbage.

But the project’s failure meant nothing to Agents of Shield, which had already been forced to bring its own inhumans plot to an abrupt close. It was too late to backtrack. Agents of Shield is better off on its own, free of the MCU. But none of us expected the show to actually cut ties with the movie universe.

And yet, that is exactly what Season six seems to have done. For the first time ever, Agents of Shield is free. Rather than putting their own spin on the Thanos story and possibly even tackling a post-snap world, Agents of Shield is doing its own thing, going into space, delving into parallel universes, carving out new territory for itself.