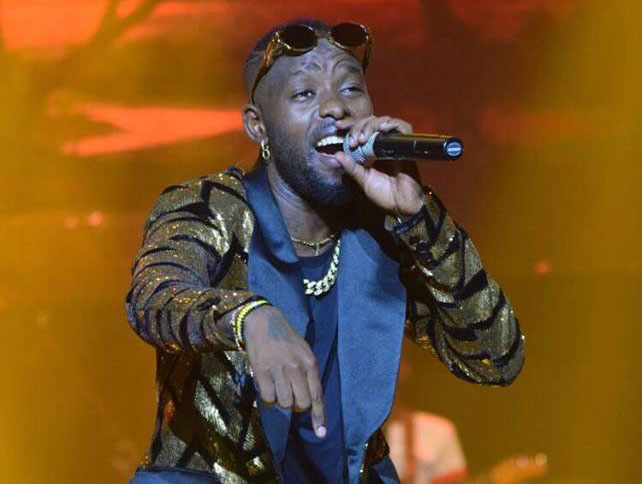 The year has started with Eddy Kenzo’s 10-year celebratory concert at Serena Kampala hotel setting a new bar for live shows yet again.

A lot may be said about the music of the man whose real name is Edirisa Musuuza, but when it comes to stage performance, he is the consummate professional as displayed on January 4.

The music and showmanship may have been eclipsed by that Bobi Wine - Bebe Cool ‘reunion’, but what many fans walked away with was ‘what a show!’

Bebe Cool dressed in a red Adidas outfit greeted a casually smart Bobi Wine, hugged him, laughed with him, making Kenzo’s fans happy; no one knows if the reunion is real or just politics.

“Bebe Cool and Bobi Wine … you play a big role in my music career. I respect both of you. I want you to end the beef and put the hatred aside for the good of our families; we are brothers, let’s not hate ourselves. Politics should not separate us,” Kenzo said.

The highly anticipated 10 Years of Eddy Kenzo saw the BET award winner give his fans something special, filling the coveted Victoria ballroom to capacity. Serena hotel gigs come with a pricey ticket and not all artistes can pull off a concert there.

Kenzo performed some of his old songs, spicing the show up with comedians Mad Rat and Chico, as well as a performance from his girlfriend Rema, protégé Pia Pounds, plus B2C, Beenie Gunter and Cindy during the breaks.

The Ghetto Kids, who became international stars with Kenzo’s Sitya Loss, made a colourful appearance after which Kenzo came back for his final session, performing his top and recent hit songs.

The show went without major hitch with very good production, sound and lighting.