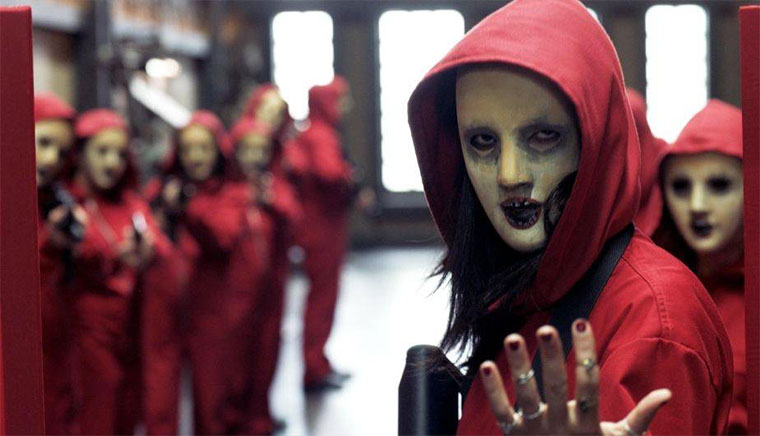 For those who have watched the Oceans franchise, Inside Man, The Sting and Cold Eyes, this is your cup of coffee.

In La Casa de Papel, when la senorita Monica Gaztambide goes to work one Friday morning at the Spanish royal mint, she has no idea that her life is about to change drastically. First, she learns that she is pregnant and the married man with whom she is having an affair vehemently refuses to take responsibility.

Then she is kidnapped, held hostage, shot in the thigh, seduced by her kidnapper, and asked to walk away with her freedom – which she refuses, by the way.

And yet this is not Miss Gaztambide’s story. No. Not at all. This is about the professor who stages the biggest and most elaborate heist in the history of mankind, his goal being to steal 2.4bn euros from the Spanish royal mint and coinage.

A con so fantastic it will overshadow Victor Lusting’s real-life double auction of the Eiffel tower. To accomplish this feat and to successfully outmaneuver the full might of the Spanish police and their hostage negotiation personnel, the professor must rely upon the wits and canny abilities of eight thieves of drastically diverse personalities.

But even as the police match wits with the professor and his unconventional team, signs begin to emerge throughout the run of this series suggesting that whatever everyone thinks is going on is probably not what is going on.

Of course, a show like this is bound to repel some people who might react negatively to its use of subtitles. I get it; reading subtitles while simultaneously watching the visuals can prove challenging, sometimes.

But if you wish to fully enjoy this experience, you are better off listening to the Spanish audio and acclimatizing to the English subtitles. It gets easier after a while. Then again, the fact that I watch so much anime, most of which is subtitled, probably gives me an unfair advantage.

Of course, you can always go with the English dub which eliminates the Spanish language and saddles you with clunky English voice actors, but I would not recommend this option.

Just tough out the subtitles. La Casa de Papel is worth it. So many lines are blurred as the police and the thieves push one another to the edge of sanity, breaking all the rules and finding out once and for all what they are each made of.

The crux of the professor’s plan is his determination to steal more money than they could ever spend in several lifetimes even while winning the sympathies of the public. They want to be heroes.

That means staging a semi-violent robbery without spilling blood, a condition that only makes the heist so much harder. The show tries to provide a three-dimensional picture of both the heroes and villains of this story, the thieves with their personal demons, and the police with the melodrama simmering beneath the veneer of professionalism that they must present as they attempt to foil humanity’s biggest heist to date.

La Casa de Papel is a must-watch. Find time to fix it into your schedule.