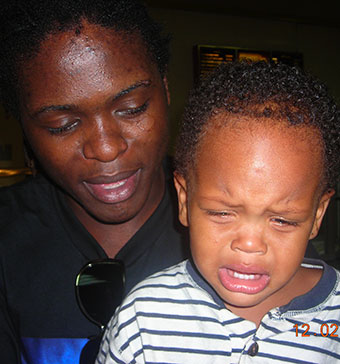 The World Suicide Prevention day 2016 was celebrated last week across the globe under the theme: 'Connect, Communicate and Care'.

In our backyard, increasing cases of suicide are being reported in the media. It is not surprising that the major suspects in these cases are young men. Globally, it is estimated that the ratio of male to female suicide cases stands at 3:1. In fact, a meta-analysis of coping studies concluded that men were less likely than women to use every single coping skill included.

Instead, anger, violence, substance use and other externalizing behaviors are modeled for and employed by men. These statistics are startling, yet when I share them with friends and family, their response is almost universal: "I'm not surprised."
Either these folks know the data rather well or there is a widespread understanding that we are not raising boys to be as healthy as they should be.

It is time to amplify the conversation about social norms especially when dealing with masculinity and how it shapes the way we raise our boys to center on dominance, control, avoiding weaknesses and hiding emotions.

A lack of emotional coping tools in young men may make substance use more probable and addiction harder to impede. It is high time for our definition of masculinity to expand as well.

Boys should be taught that "being a man" involves expressing emotions as opposed to anger, using coping tools instead of violence, and embracing roles rather than becoming an economic provider.

Continuing to limit the socio-emotional development of boys may have dire consequences for our lads and even for those around them. This is further exacerbated by the fact that in our conversations and struggles for gender equality, we have not focused enough on how it affects men too.

For example, social norms research suggests that most males are mistaken about other male's attitudes and behaviors towards sex. Similarly, most males are uncomfortable with violence against women and with the attitudes, behaviors, and language of men who commit such violence.

However, men do not act on their beliefs or express discomfort because they falsely think that other men do not feel the same. Thankfully, numerous programmes are working to amplify on the definitions of manhood. Studies show that programmes that build young men's understanding of how masculine norms influence their behavior can produce healthy shifts in attitudes and behavior.

Hence, as more boys are able to express their emotions, empathize, and ask for help in a community that celebrates rather than bully them, I believe fewer boys (and men) will struggle with addiction, mental illness and suicide.