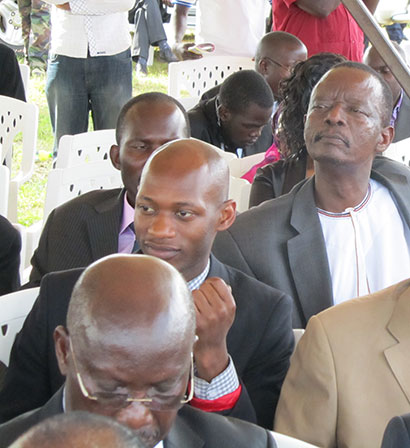 We have talked about hair grooming from all angles, including what headdress fits a bad hair day, but not so much about baldness.

And yet lately, almost every guy you and I know is balding to some degree. See, previously it was more of an old man phenomenon and not much attention went into it, as those who became bald embraced it with glee and society treated it as a sign of wealth.

Today, you will find a chap barely out of his teens ‘threatening’ with a receding hairline and a broke village drunk sporting a clean bald, like some senior government official of old days or a university don.

There are many theories as to what causes this condition that is now acceptably referred to as Male Pattern Baldness (MPB). These range from hereditary science to excess testosterone to the bizarre, such as witchcraft.

In medical terms, I gather, it is called androgenetic alopecia. It usually takes 15 to 25 years to go bald. However, some men go bald in fewer than five years.

And when it hits, different men receive it differently. Some with anxiety, others with depression, and could even commit suicide in extreme cases, while others with glee and pride, always attempting to grow what is left, so a clear hairline is visible on the progress of the baldness.

You know the famous Wayne Rooney (Manchester United football ace) story, which plainly says he replanted hair on the blading patch like we do with lawns.

That is one way to groom a balding head; simply use medical ways to replant the lost hair. The result? Wait up the next Manchester United game and check out Rooney’s hairline.

I have heard of homemade solutions such as ‘boil a cup of mustard oil with four tablespoons of henna leaves, let it cool, then massage it daily onto the balding areas.’ Better yet, ‘create a paste from honey, beer, and boiled wheat, and have it applied gently (to your scalp, of course) by the hands of a virgin.’

Sounds crazy? Well, for those who haven’t embraced their baldness, there are as many solutions as the number of bald heads, but the reality is when it comes, there is no reverse gear.

Even the medically-proven solutions such as finasteride (trade name Propecia®) and minoxidil (trade name Regaine®) are said to have limited success factors. Some hair regrowth occurs in about two in three men who take a finasteride tablet each day, though the progress could reverse if treatment is stopped.

Minoxidil is a rub-on lotion. For both treatments, one disturbing side effect has been noted – reduced libido!

And so the ‘metrosexual’ thing to do is get you propped up to take this new look with positivity and make the best out of it. Grooming of whatever is left of your hair is paramount.

Nothing looks eeeuuuwww like unkempt hair on a balding head. It would be disastrous if a balding head gets dandruff or lice are seen ‘jump-jumping’ on such a head.

So, regular salon visits are in order, the only challenge being that no known salon will charge you half price because of a receding hairline. If anything, because of the care they have to take not to hurt you, chances are you could pay even more or are expected to tip, because baldness invariably means financial muscle.

The sun is unkind, especially lately. There is, therefore, need to protect the balding patch from direct sun rays lest the dripping sweat and cracks mosaic of the shiny surface will make it so uncomfortable. Applying a sunscreen is advised, should one have daylong outdoor activity. A hat too comes in handy.