The second season of Africa Laughs went down at Imperial Royale hotel last Friday evening. The show gives chance to Africa’s top comedians to pit their wits against one another.

Felix Eupal breaks down how each comedian fared and rates them on a scale of ten.

Kapale’s stronghold is Luganda and he still kept to that. It’s usually hard to be the opening act; the audience is fresh and usually getting them in the mood for the entire show depends on you. Kapale went dirty, with vulgar jokes in Luganda.

And it seemed there were no moralists in the building; almost the entire audience clapped and cheered as he described different sex scenes and moves.
Verdict: 7/10

He recently picked on the Nigerian accent, and it worked for audience. But then, along the way, he just soiled it by picking on stale jokes like how the media in Africa and America cover the war. He mimicked NTV’s Frank Walusimbi, how he reads news and his inability to have facts despite being smart in suits.
Verdict: 5/10

The Nigerian brought the house down last year. This time round, the organizers decided he should host the show. And boy oh boy, this guy is a natural. He had earlier told me he never rehearses.

“Comedy is around us. I just pick from what I see others doing, and for Kampala, most comedy is with your girls,” he said.

He ensured that he set the bar high by cracking a few jokes before bringing on the next comedian. He teased Kampala girls, their beauty and drinking habits. 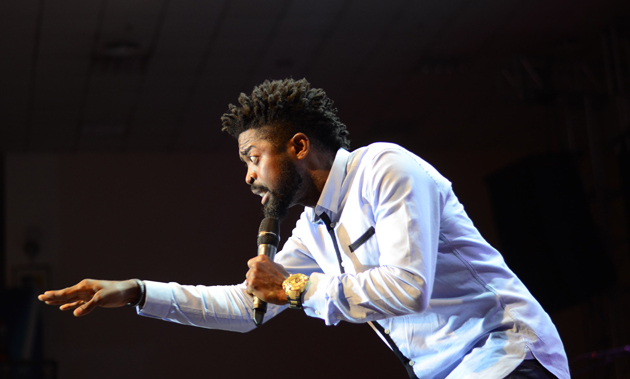 He then went vulgar, giving men tips on how to nail them. He loved sex jokes more, which always left the audience in stitches. However, for a professional like him, it was odd that he didn’t carry a face towel or handkerchief. Every time his face dripped with sweat, he would use the sleeve of his shirt to whip it off. That wasn’t cool!
Verdict: 9/10

Muhangi knows the Ugandan audience so well, and they know him too. For this big stage, we expected something new from him, but he kept recycling the same old tribal jokes.

But he can be excused; perhaps being part of the organizers kept him busy to prepare. What salvaged him were the two jokes on how toilet paper adverts would sound like in the different local languages and what it would be like if KCCA introduced digital toilets.
Verdict: 3/10

He describes himself as the “best comedian in the country”, and he lived up to it. With his singing antics, he opened his performance with his favourite Ombokolo jokes and how the people there reacted when he took them an HD screen.

Of course there was no way he could leave stage without cracking some sex jokes.
Verdict: 8/10

Her successful tours around the globe and growing popularity on YouTube made her one of the most anticipated acts of the night. However, she didn’t live up to the billing. Clad in a school uniform, she pulled her signature little-girl move, but just as people were expecting more, she run off stage.
Verdict: 5/10

It was the fourth time he was performing in Uganda, but every time Omondi is here, he never disappoints. The lanky comedian perfected the art of cracking jokes about music and how people act in bars. He had new content different from what he had just offered in his recent Mirinda comedy tours.

He came on after midnight when the crowd was losing the steam and he lacked that energy to power them on but he had done good homework. 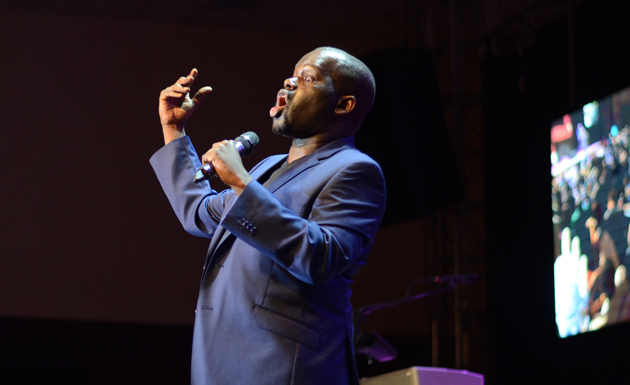 He cracked jokes about former Prime Minister Amama Mbabazi, but since the crowd was more into sex, he went dirty as well. Good thing, NTV had turned off the live feed, otherwise!
Verdict: 7/10

The Congolese born comedian, who left his country at the age of eight and now is based in the UK, was the last act and proved so. He knows how to work up the crowd, first taking them through the different dancing antics of various countries and then the problems with social media and dating. He came up past midnight with the crowd threatening to leave but he kept them around until the end.
Verdict: 8/10