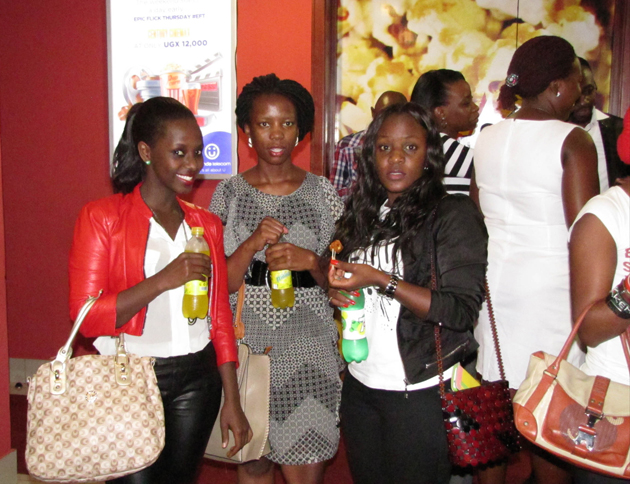 The movie-going culture is one of those things that are growing in tides. Imagine the days of Titanic, Armageddon or Shakespeare In Love!

There were no such things as premieres at our only cinema hall then. They would simply put up posters and those interested would turn up. Today, however, the business is booming, with more than six different cinemas, each with more than two halls. They advertise, knock down doors and terrorise social media to stay ahead of the game.

Last Thursday, Century Cinemax at Acacia mall, in conjunction with Uganda Telecom (utl), painted the place blue as they launched their new initiative called Epic Flick Thursday (#EFT). With #EFT, film lovers get a chance to enjoy the latest movies at a subsidized fee of Shs 12,000  every Thursday.

“EFT is one of our many innovations for fun-loving Ugandans,” said utl’s Chief Commercial Officer Shailendra Naidu.

He revealed that they would also be giving out free tickets every week via their social media platforms. Last Thursday was an invite-only, and it started off with a cocktail party that was attended by socialites, media personalities and a few musicians.

For the pilot project, they wisely chose to premiere a French science fiction, Lucy, which features Scarlet Johansson and Morgan Freeman. It is a story of a woman who is accidentally caught in the dark deal after dating a random man in Taiwan.

Lucy (Johansson) wakes up with a bandage around her stomach and a packet of drugs sewn inside of her. These aren’t your average narcotics, though; this new drug by the name of CPH4 gives its user the ability to unlock more and more of their cerebral capacity. 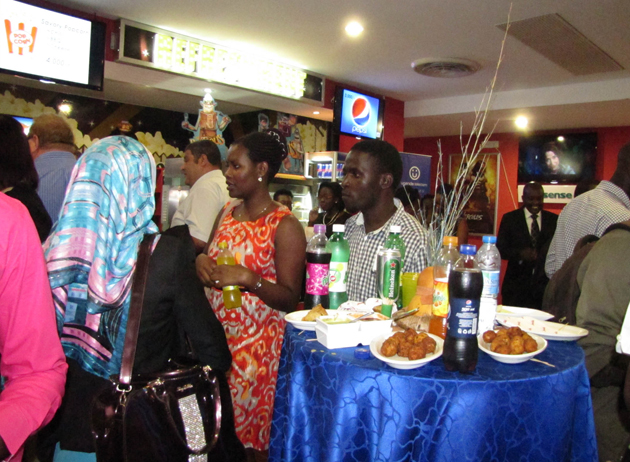 The drugs in Lucy’s packet leak into her body and the side-effects begin to change her and everyone around her. Lucy is then in a race against time; she must gain more of these drugs to further develop these effects before the drugs fully consume her and she dies.

Johansson carries the film effortlessly to convey director Luc Besson’s narrative and logical ellipses. Morgan Freeman reprises his role from another film of a kind, Transcendence; a scientist that explains to the audience what is happening and why it is happening.

He tells us that a human uses less than ten per cent of his brain because if they intend to use more than that, they may be a danger to themselves, and this is the situation Lucy is in; she can use more than 50 per cent of her celibral cortex. A great portion of the movie is enjoyable, though, as Lucy becomes smarter, the film becomes dumber.

In fact, the fun takes the backseat when she starts using 60 per cent of her brain; the stupidity starts shining through. We see her do things that are less believable even for a science fiction junkie. Nevertheless, it was a box office hit around the world and a good one from Bessen who has a history of very bad movies.