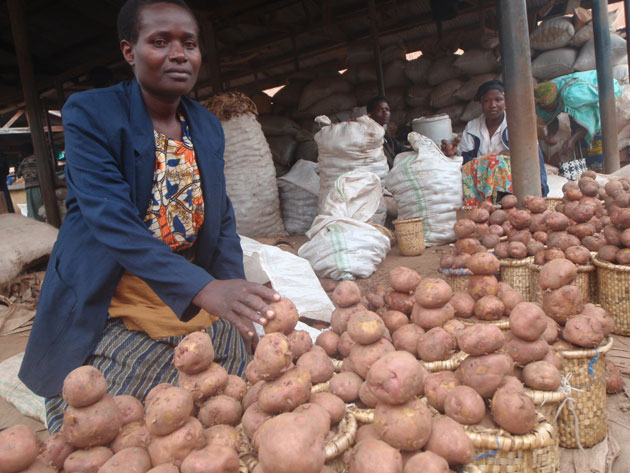 Plans by Kenya to import Irish potatoes from the Netherlands have got agricultural experts worried, with some warning that a deadly Irish potato disease called the late blight could spread throughout the region.

Researchers, who were at Serena Lake Victoria hotel on Monday for the Association for Strengthening Agricultural Research in Eastern and Central Africa (ASARECA) board of directors’ meeting, which takes place every two years, expressed concern that if Kenya didn’t put in place mitigation measures, the region was likely to grapple with yet another serious crop disease.

“The problem we have with the importation is that in the ASARECA region, we have got a disease which causes blight in potatoes. The disease is caused by fungus and that fungus reproduces sexually. But we have been lucky that its partner is not available,” said Daphrose Gahakwa, the deputy director general, research, Rwanda Agricultural Board, and Chairperson ASARECA programme committee.

In 2012, Kenya signed an agreement with Netherlands for the importation of Irish potatoes as East Africa’s biggest economy looked to add value to its locally produced potatoes. This move, which Kenya fast-tracked, has the rest of the countries in the region on tenterhooks.

“We have been safe because we don’t do any [Irish] potato seed trading with the European countries. But now that Kenya has initiated it, we have to be very careful,” Gahakwa said.

“We have to make sure that the potatoes come in but they don’t come in with that unwanted visitor. Otherwise, if it comes in, it will be the end of the potato industry,” she added.

According to Gahakwa, the Netherlands is also negotiating with Uganda and Rwanda to also take up their varieties. If this happens, the situation will become even more complex, especially in monitoring whether the countries have mitigation measures in place to stop the outbreak of the disease, Gahakwa warned.

“If they are going to import fresh material from the field, they have to make sure that it is first of all put under quarantine for observation,” said Fidelis Myaka, the ASARECA board chairman, and the director of research and development at Tanzania’s ministry of Agriculture, Food Security and Cooperatives.

Established in 1994, ASARECA is an association that brings together eleven countries: Eritrea, Ethiopia, Sudan, South Sudan, DRC, Uganda, Tanzania, Rwanda, Burundi, Kenya and Madagascar. Its mission is to enhance regional collective action with the adoption of agricultural technologies and innovations, which aims at enhancing agricultural productivity.

In the 19th century, late blight devastated potato crops across Europe, leading to mass starvation and emigration. And the disease is still one of the single most damaging among the potato industry in Europe.

It is reported that Kenya decided to import the potatoes because thier farming in the Netherlands is one of the most successful in the world. Some African countries have exploited the Netherlands success. Among them is South Africa and Egypt.

Today, late blight is reported to be taking its toll on countries in southern and northern Africa, with only central and eastern Africa still spared of the disease.