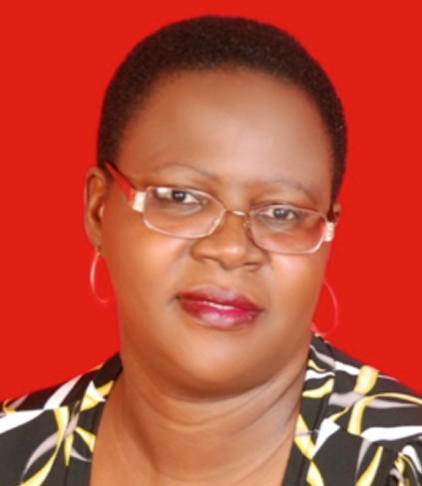 Listening to President Museveni’s state-of-the-nation address a few weeks ago, it was no surprise that the agriculture, industry, services, and ICT sectors were the centre of his speech. These four dominate the economy.

However, when it came to agriculture, you could sense the president’s disappointment with its performance. There was the inability of the peasants to tap into agriculture on the one hand, and Naads spending behaviour that has let down sector growth, on the other. His solution is to restructure the institution.

While I agree with the president and laud him for the change long overdue, one must stand back and assess what type of restructuring Naads needs.

Two years ago, the Economic Policy Research Centre (EPRC) carried out a study on the impact of Naads on agriculture. The study discovered that there was very little impact of the programme on the intended beneficiaries. These included the poor, women and people with disabilities. Reasons for the poor impact were several. One of them was the poor quality seeds that people received from Naads officials.

Some of these seeds left people’s gardens plagued with infection!

There was also lack of technical knowledge of the agricultural service providers; these offered substandard information to farmers. Even where skilled technical specialists were available, late arrival of funds to the districts limited actual programme support and implementation. The Naads approach itself served to defeat the very programme it was meant to strengthen.

In particular, farmers were meant to self-select themselves into farmer groups. But in some areas, this was left to the discretion of the programme administrators who determined which person was eligible to participate. Guidelines for entry were such that either one fit into the food security category or the commercialisation level. The level of entry determined the value of goods and services that a farmer received from Naads.

But due to political interference and nepotism, the guidelines were often overlooked and eventually some farmers were categorised in levels they did not fit. As such, they were provided with goods and services for which they were not qualified. The programme was engrossed in corruption in form of embezzlement that was extensively reported in the media and in parliament.

In restructuring Naads, it is therefore important that government looks critically at the issues affecting service delivery and hampering the programme.
There is need to establish an efficient system of quality input delivery, have in place skilled and capacitated agricultural service providers, limit political interference, and establish systems that disburse funds on time.

Controlling corruption must be at the forefront of this restructuring exercise. Whether the involvement of the army is the most effective way to address corruption is yet to be determined. But it must not be forgotten that Naads has leaned more towards production and remains excessively weak on the marketing side.

Commercialisation of agriculture, which was emphasised in the presidential address and as prioritised in Uganda’s Vision 2040, will only happen if efforts are taken to encourage marketing. Farmers are willing to market their produce but the where and how remains in the hands of a few, mostly the middlemen or traders.

It would be beneficial if, along with production, Naads creates a marketing programme with incentives for farmers. Given the widespread group-mobilisation in the country, programmes that strengthen or reward collective marketing can come in handy. Further still, the re-organisation of Naads should not allow the institution to function in isolation.

In its current form, Naads takes on many support functions and roles involving crop agriculture, livestock and fisheries. Naads can therefore benefit from efforts of other agricultural agencies involved in research such as National Agricultural Research Organization (NARO), International Livestock Research Institute (ILRI), ministry of Agriculture Animal Industry and Fisheries and various authorities that have a wealth of knowledge and experience in agriculture, extension and marketing.

Finally, Naads and all agriculture-related institutions and the sector should be given budgetary allocations that exceed the three per cent as has been the case in the past.