All over Uganda, thousands of government employees have gone for months without receiving their monthly salaries.

An Observer investigation shows that these civil servants have now been reduced to destitution as they wait for the government to get its act together.

Government officials say these difficulties are but the birth-pangs of good days ahead, when real salaries will arrive in real time, and the payroll will have no ghosts. Yet, as Shifa Mwesigye reports, for some civil servants, this means living a dog’s life

In the central district of Mpigi, office secretary Sophia Namuddu says she has lived a dog’s life for the last six months. Namuddu stopped receiving her salary in October 2013, when her name suddenly disappeared from the payroll. And the timing couldn’t have been worse for Namuddu.

“I learnt of it in November when my second salary was missing,” she says. “They said they had already processed for November and that I would receive salary in December. But when December came, I was still missing. By this time, life was hard. I was pregnant with my second child and I was stressed.”

In January, Namuddu, a secretary with Mpigi district administration, filed a complaint to the Public Service ministry. By month’s end, Namuddu’s monthly salary of Shs 450,000 had not been forwarded. She filed further complaints in February and March, but only got excuses.

“They said that my files were misplaced,” she says. “They asked me to re-apply again in May.”

Asked how she was able to get by during those six months, Namuddu is initially reluctant to share her plight, only saying, “I cannot even begin to tell you how I survived.”

When she eventually opens up, it is a heart-rending story of a young mother having to live off her husband’s meagre earnings and remittances from her mother.

“Life was hard,” says Namuddu, who the government now owes a total of Shs 2.4m in salary arrears. “When my work colleagues would get their salary, I felt lost.”

She adds: “I stopped moving [due to lack of money]. I had to stay at home and cut expenditure. I had to depend on my husband who does not earn much too.”

With a baby on the way, debts began to accumulate. For days, Namuddu’s two-year old son would go without milk. And it seems the baby in her womb could not take it, coming out in April – instead of the expected May giving mummy another test.

“I had planned to give birth in Mengo Hospital but I did not even have transport; so, I went to Gombe Hospital. I gave birth to my son, Mathew, when my account had zero balance. I suffered a lot without salary... My elderly mother sent me some money to help me through this time because I was badly off,” says Namuddu.

Namuddu’s ordeal mirrors that of several doctors, teachers, police officers, soldiers and other civil servants suffering, especially in the countryside. In the eastern district of Kumi, a deputy head teacher narrates how her name vanished from the payroll in 2013 for six months. When it was eventually reinstated, she was given an entry-level salary. 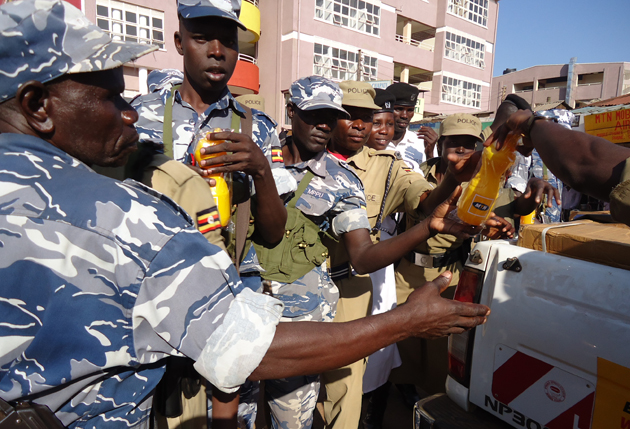 Efforts to fix the shortfall failed to yield fruits for at least three months. It was subsequently done, but today she has not been able to claim the arrears that had not been paid when she was receiving the entry level.

In Karamoja, at least 100 active police officers from Amudat, Moroto, Nakapiripirit and Napak districts have not received salaries since 2010. According to Saturday Monitor of June 7, they have appealed to the Karamoja Affairs minister and First Lady, Janet Museveni, to help them find a solution to the problem.

Another 300 police officers had lost all hope by the time the appeal was made and, last year, they deserted the force due to delayed/non-payment of their salaries.

The Finance ministry says the current pay problems are a result of an ongoing effort to clean up the salaries register. Last week, the Office of the Auditor General said it had unearthed another 8,000 “ghost employees” on the government payroll. The Finance ministry, which commissioned the latest audit, had struck out another 9,000 names from the payroll last year, saying its investigations had shown that the names belonged to non-existent employees that the government was losing money to.

According to the Finance ministry, a forensic audit carried out last year by Ernst and Young found that the government has been paying out billions of shillings to ghost employees. The report states that between February and April alone, government saved Shs 3.7bn, once paid out to ghosts.

However, officials from the Public Service ministry disagree. One official, who declined to be named because he had not been authorised to speak openly about the matter, told The Observer that the methods used to carry out some of the audits commissioned by the Finance ministry risked branding more genuine civil servants as ghosts and halting payment of their salaries.

“These people go to hospitals during the day to check on the doctors on duty when in fact some doctors work at night. Those ones are not included,” says the official.

“In rural schools, you find that a teacher has been transferred and he has not officially been registered in the new school. So he has to draw his salary from the old school as he waits. But when the auditors don’t find him in the old school, they say he is a ghost and delete him.”

The official says that employees who do not belong to any labour organisation often find themselves holding the wrong end of the stick, unlike teachers, doctors and lecturers who can use the strength of numbers. Last year, when many genuine employees were purged from the payroll as ghosts, teachers under their umbrella body, Uganda National Teachers Union (Unatu), went on strike and were reinstated on the payroll.

The Spokesperson for the Finance ministry, Jim Mugunga, says the audit should help resolve the differences of opinion between the two ministries.

“Everybody has been blaming everybody. Finance was blaming Public Service and Public Service was blaming accounting officers. We said let the Auditor General undertake an audit. He confirmed our suspicion and found 9,000 ghost employees and he disclosed to parliament,” he says.

“We are determined to clean the payroll and the auditor general’s findings are proof that we have justification for us to clean up the payroll.”

According to senior Public Service officials, the problem of salary non-payment and delays started in 2012 when ministry of Finance asked the Office of the Auditor General to carry out a forensic audit of the government’s payroll.

“During this move, some civil servants records were found to be questionable. An audit was carried out and they had to be deleted. They were asked to re-apply to ascertain their authenticity. This is a continuous process and payroll management is a dynamic process,” says Geoffrey Ettedu, the principal assistant secretary for finance and administration at the ministry of Public Service.

The ministry then changed the salary payment system from the Integrated Personal and Payroll System (IPPS) to Integrated Finance Management System (IFMS). The latter identifies every civil servant as a supplier to government.

The Finance ministry then went ahead to decentralise salary payments by taking the responsibility from Public Service and handing it to accounting officers of ministries, government departments and agencies who handover directly to finance. This was meant to ensure timely submission of salary payment schedules so that government employees are paid by the 21st of every month.

In this process of upgrading the systems of payment, according to documented reports that The Observer has seen, many civil servants’ names were taken off the payroll when the IPPS database interfaced with the IFMS system from the Finance ministry. The reason for this, according to an official document from the Public Service ministry, some civil servants had identical “supplier numbers” to those of employees in other government entities, which is contrary to the requirement of uniquely identifying employees.

“It is not that we do not have money to pay workers. Salaries constitute a direct charge on the consolidated fund. It is just the process of payment which is challenging and sometimes during the transmission in payment system or clean up of the payroll, many people miss their salaries,” said Ettedu.

The document from Public Service says other challenges that have been experienced during the migration to the new system include; wrong entry of names and account details, wrong salary scales, and incomplete entries leading to payment being bounced due to invalid account information. Others are misplaced records leading to wrong budgeting for salaries.

Finance Spokesperson Mugunga says part of the problem is that so many people were recruited to work for government but their employment was never formally regularised. This, he says, is the biggest number that has been affected.

“There are two kinds of employees; those who are on the payroll and those who have been put back. But there are also other employees who were recruited but never formally recruited. We realise it is unfair for somebody to work for government and they are not paid. We gave them up to the end of June for their entities to regularise their employment so that they are put on payroll,” Mugunga told The Observer last week. 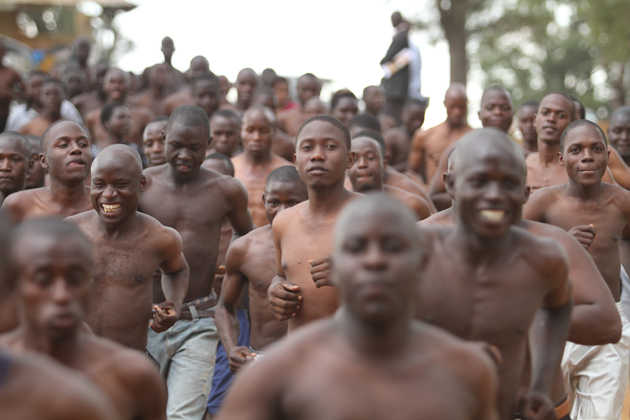 Many of those whose employment has never been formerly regularised are in police, education and health services. For instance, some teachers were hired after the introduction of universal secondary education to meet the demand in USE schools but the process was never regularised.

Now, according to Mugunga, Finance has ordered daily roll calls to be carried out in hospitals and schools. Workers and employees’ lists will be put on notice-boards so that everybody, including patients, can question if a doctor included is not in the hospital.

“The payroll has ceased to be a secret document,” says Mugunga. “People don’t want to make the payroll public because they know what they have been doing. We know the process will be fought by those who have been inflating the wage bill and skimming off that money.”

In an interview with The Observer last week, the secretary to the treasury, Keith Muhakanizi, said the decentralisation process had posed challenges to his ministry. He said he had instructed civil servants to re-submit their details.

“I have sent a [salary] form to everybody. If you are out there and you have not received your salary, fill it and bring it here. I will pay. What I will not accept is the pressure and noise, including from parliamentarians, of wanting to take us back to the old ways. I will not yield,” said Muhakanizi.

“The forms are with accounting officers – the CAOs, permanent secretaries. Where we have not reached, there could be problems and we acknowledge they are there. But we are coming. That’s why I say the noise is very unfair.”