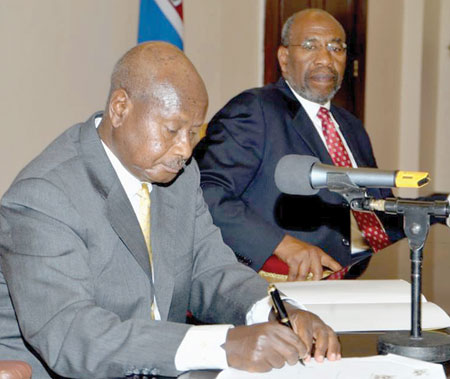 As Uganda continues to take in the backlash following the enactment and signing into law of the Anti Homosexuality Act, The Observer continues to bring you the latest news on this and other stories.

Within the last few minutes, the European Union Head of Delegation in Uganda Kristian Schmidt has released a terse statement in which eighteen ambassadors and high commissioners representing western countries condemn the new law.

Earlier, the World Bank announced that it was withholding $90m meant for the health sector as it “reviews” the situation.

Below is the EU statement in full and the signatories below it.

We, the undersigned, are deeply concerned and disappointed about the enactment of the Anti-Homosexuality Bill.

We strongly believe that all humans share common indivisible rights. The Anti-Homosexuality Law contradicts this universal principle and the Ugandan commitment to protect the fundamental human rights of all of its citizens.

We would like to remind the Government of Uganda of its constitutional and international human rights obligations. Having ratified the African Charter of Human and Peoples' Rights, as well as the International Covenant on Civil and Political Rights, Uganda is obliged to guarantee the human rights infringed by the Anti-Homosexuality Law.