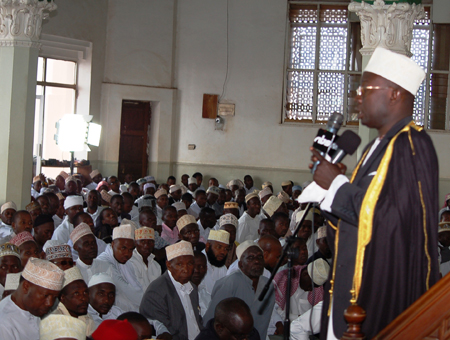 If you are a Muslim or you live within a few kilometres of a mosque, hearing the 5am call to prayer must be a sound you have come to expect.

But if the Kampala Capital City Authority gets it way, city dwellers may have to forget this Adhan, The Observer can reveal. KCCA is reportedly moving to ban the Adhan so as to control noise pollution.

The Observer has learnt that the matter has caused such anxiety among Muslims that it has united the two major Muslim factions, Kibuli and Old Kampala.

On September 17, KCCA Executive Director Jennifer Musisi wrote to Mufti Sheikh Shaban Mubajje, inviting him for a meeting on noise pollution in Kampala.

“KCCA has noted and continues to receive complaints from the public about the excessive noise in communities coming from places of worship,” read Musisi’s letter in part.

Musisi’s letter also indicated that KCCA officials would work with the Environmental Protection force (EPF) to inspect the places of worship to ensure compliance with the National Environment Act.

According to Muslim sources, the Old Kampala group snubbed this meeting, originally scheduled for September 25 in the KCCA boardroom. It is said that, instead, the letter was passed to the Kibuli faction.

KCCA was not bothered by the absence of the Muslim leaders in this meeting as other invitees had turned up. The Kibuli mosque supervisor, commonly known as Gotto, was delegated to attend the meeting and to report back on the proposed new guidelines.

Gotto’s report of what transpired in the meeting has set off anger within both factions.

“In her guidelines, she doesn’t want us to make the Fajr Adhan [call for the morning prayer] because she says such noise will only be entertained after 8:30am, but again she also has problems with Adhan made during working hours,” said Sheikh Nuhu Muzaata Batte, the director of Dawah at Kibuli.

Several Muslim leaders have since warned the KCCA against moving to ban the Adhan, interpreting the move as an infringement on their freedom of worship. The Supreme Mufti (head of the Kibuli faction) Sheikh Zubair Kayongo said KCCA could not determine how Muslims should worship.

“She should not attempt to try to direct us on how to practise our religious. Adhan is not a new phenomenon in Islam. Let her be advised to be careful with the steps she is taking because we are not ready to abide by her directives,” Kayongo said at Wandegeya mosque on Friday, while bidding farewell to hundreds of pilgrims due for Hijja in Mecca.

Prince Kassim Nakibinge Kakungulu, revered as a titular head of Muslims, described the move as provocative, urging Muslims to reject the directive.

“She should be ready to suffer the consequences and she should be informed that we have a bigger stake in this country,” Nakibinge warned at the Wandegeya function.

However KCCA Spokesperson Peter Kaujju explained that the September 25 meeting was a preliminary engagement intended to forge a way forward.

“We have not stopped nor issued any command be it to Muslims, Catholics or Protestants stopping them from calling people to prayer. We want to work together with the religious leaders and find a way of addressing the numerous complaints we get,” Kaujju said, Saturday.

This is not the first time that the Muslim community is getting into conflict with government officials over their call to prayers.

In 2002, Gen David Sejusa (Tinyefuza), now exiled in the United Kingdom, attempted to confiscate the loud speakers at a mosque in Kyengera, Wakiso district. Ultimately, Sejusa was forced out of his Kyengera home because he could no longer bear the ‘noise’ from Muslims making Adhan for the morning prayer.

Muslims insist KCCA will not have its way on the Adhan.