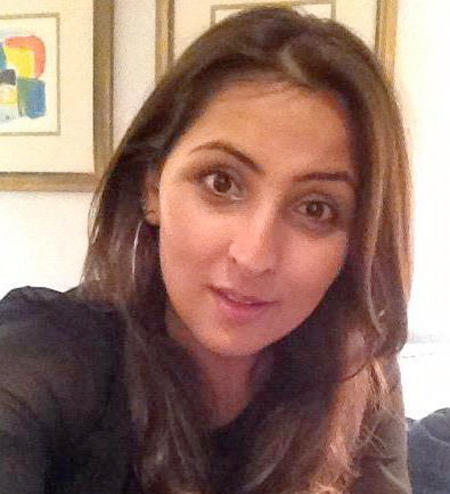 One would think that a youth affairs minister in any country would be an individual who could be held up as an example to all those youngsters that he or she serves.

Perhaps in the case of Uganda, it would be better if young people in the country did not subscribe to the views of minister, Ronald Kibuule.

According to a Daily Monitor article, Minister Kibuule suggests that when a rape is reported, the police should assess how the victim was dressed.

Should it be found that she was wearing miniskirts, tight jeans, bikinis or other ‘indecent’ items, the aggressor should be freed. This trend of ‘victim blaming’ has become a sickness which seems to have taken over the world.

In Uganda, for many years civil society organisations, the media and survivors of rape have spoken out about the treatment by authorities and the police, of women who report a rape.

Rose, (name changed), is 32. Weeks before she was due to get married, she boarded a taxi home at 9pm. as she alighted and began the two-minute walk to her house, three men followed her and began making inappropriate remarks.

One put his hand on her mouth and pulled her into the bush on the side of the road. What followed was a harrowing ordeal where she was pushed to the ground, the first man forcing himself upon her, his weight making it impossible for her to move while his hand covered her mouth.

Her clothes were ripped off, she was continuously raped by the three men who scratched and bruised her body in the process. After this, they punched her in the face, leaving her with a black eye and bleeding nose.

“Since then, I’ve become a living corpse, not only because of what they did to me, but because of the number of people that blamed me for wearing fitted jeans and heels that day. The first question so many people asked was: ‘what were you wearing?’”

Had she been covered up, she wondered, “would their alcohol-fuelled sick minds not have chased me?”

The most painful moment for Rose was when she finally made it home that night and sat in front of her mother and father and described what had happened.

“Imagine as a father to see your daughter in that state, to have to hear that men touched her in that way, witnessing his pain was far worse than what I had suffered.“

Her wedding was called off and she found it impossible to continue with her interior design business. Now, she spends most of her time inside her house, too afraid to go outside for fear of it happening again and the stigma. Unfortunately, the lax attitude of the police has meant that those men are still out there.

Then there is Lucy, a 24-year-old Christian who did not believe it was right to have sex before marriage. One afternoon when most of her colleagues were away on a retreat, she went to use the bathroom in the office.

A senior manager followed her in, pushed her up against the wall, and raped her. He was so rough with her that she ended up with internal tearing and bleeding, followed by a pregnancy which led to even more trauma when she miscarried at seven months.

She said: “When I threatened to report him, he said: You are responsible for distracting me, this is your fault.’ Though it is irrelevant, I will say that I always wore full suits to work.”

Within days, Lucy was fired from the company, found out she was pregnant and was disowned by her family. “It was not just rape, it was death. For my parents, their daughter died that day.

They kept finding ways to suggest I was responsible and when the news of my pregnancy came through, they asked me to leave,” Lucy said.

“I lost the baby and continue to struggle financially. How is it ever a woman’s fault when a man does something that inhumane?”

These two women were in vastly different types of clothing on the day they were raped, yet they share one similarity, they were subjected to an appalling and abhorrent violation of their basic rights.

Numerous studies have shown that rape is not about lust, it is about power, control and violence. It is not about a woman arousing a man by the way she looks or dresses.

One may also refer to male-on-male rape; what un-Godly errors is the victim likely to have done in that case?

Clothing is someone’s personal expression and if a resignation does come through, then it is suggested to the junior minister for Youth that he does not take up a job as a fashion advisor.

The Nigerian author Chimamanda Adichie once said: “We make girls feel as though being born female they’re already guilty of something”.

This is exactly what happens every time it is suggested that the way a woman dresses is responsible for her being raped. Perhaps one day, it will be said that being a woman means that you are responsible for attracting rapists.

In blaming women, frankly all you have done is to empower a generation of rapists who will never take responsibility. Because, to such men, the wearing of a short skirt is an unspoken way of saying: “push yourself upon me, spread my legs open, force yourself in while I scream for mercy, share me with your friends, infect me with every illness you have, hit me a few times when you are done, take away my dignity and then tell me that I asked for it.”

Who knew clothes could talk?

The author is a British citizen who has lived and worked in Uganda.