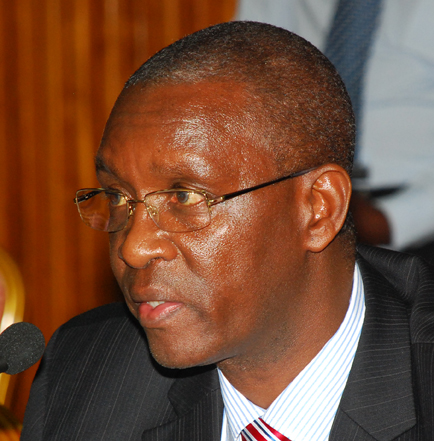 The development came as Germany became the latest country to suspend budget-support aid to Uganda because of theft by government officials, of money meant to help impoverished citizens. Economic Cooperation and Development Minister Dirk Niebel said on Friday that Germany would stand with fellow donors and turn off its aid taps. Germany was also concerned that Uganda appears to support Congo’s M23 rebels, something Kampala has vehemently denied.

Led by the Anti-Corruption Coalition of Uganda (ACCU), the CSOs gave the theme of the week as ‘Act against corruption now’. Other organisations include Action Aid, Uganda Debt Network (UDN), Transparency International, and Uganda National NGO Forum. They said the campaign would help expose the thieves in the country, citing  scandals  in the pension section in the ministry of Public Service, Office of the Prime Minister, and ministry of Local Government (LC bicycles), among others.

In one of the present scams, about Shs 50bn is believed to have been swindled in the OPM, with a host of civil servants, including OPM Principal Accountant Geoffrey Kazinda, already interdicted over the graft. The East African Bribery Report 2012, by Transparency International, ranks Uganda the most corrupt country in the region, with most bribery being recorded in the public service sector instead of private sector.

ACCU Executive Director Cissy Kagaba says corruption in the country has reached the stage where it’s no longer mere corruption and theft of funds, but terrorism.

“It’s no longer corruption, but real terrorism,” Kagaba told a press conference today. “The biggest problem is that the corrupt are always recycled in cabinet and other government offices. This is as if the government is condoning instead of fighting the vice. It is unfortunate.”

During the week, the CSOs will conduct several activities, including public dialogues to let the public know of what’s going on in the country.

“Our message is primarily targeted to the President, requesting him to respect the people who voted him into power and take stern actions against the corrupt including those close to him,” ACCU said in press statement.

The CSOs want President Museveni to expose and punish those implicated in corruption scandals, end impunity by not recycling the implicated officials from one office to another, and ensure that those found guilty have not only their accounts frozen, but also their properties seized.

Already donor countries, like the United Kingdom, Ireland, Denmark and Sweden, have suspended aid to Uganda, because of concerns over grand theft by government officials, especially in the OPM.