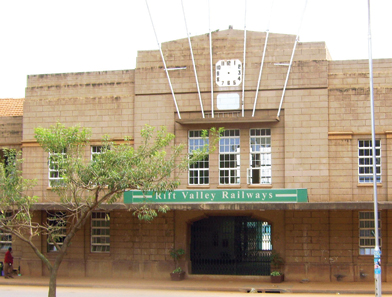 The privatization of Uganda Railways Corporation (URC) was expected to bring better management and increase profitability, but workers, worried it could collapse, are now urging the government to repossess it. Workers’ leaders recently wrote to Works and Transport  Minister Abraham Byandala, complaining about the poor state of the conceded assets and the deteriorating relations between the workers and RVR management.

“We request the government to intervene before it is too late,” reads a November 2011 letter to Byandala, signed by Victor Byemaro, national general secretary of the Uganda Railway Workers Union.

The workers, who report to concessionaire Rift Valley Railways Uganda Limited (RVR) since 2006, want the state to either repossess the parastatal or assist the operator get capital to restart operations, and establish a regulator for the railways sector.

In response, Byandala wrote to RVR Group Chief Executive Brown Ondego on November 30, 2011, saying the government was aware of the poor state of conceded assets like locomotives and wagons.

“Government has no intention of terminating the concession unless RVR fails to deliver on its concession obligations,” Byandala said in the letter, copied to Byemaro.

Byemaro, in his letter to the minister, complains that of the 43 locomotives that RVR inherited, half of them are limping because they are not regularly serviced. The workers also cite the poor state of the Nalukolongo workshop.

“Once the best railway workshop in East and Central Africa, it is an eyesore today, with the roof leaking and some machines are out of order while others lack spares.”

They fear that the firm could again lose the connection between Kampala and Malaba, due to heavy rains.

“There are bridges between Jinja railway station and Busembatia railway station, which are now submerged and stand the risk of being swept away anytime,” the workers write.

In several letters to RVR management, the workers also complain of harsh treatment by management, some of whom are seen to favour RVR’s Kenya staff force over their Ugandan counterparts,
“Nairobi must give the nod before anything can be done or implemented in Kampala,” they write.

We were unable to talk to RVR management, but we have seen several internal correspondences in which they have sought to reassure staff. For instance in an April 18, 2012 memo, CEO Ondego promised a salary increment.

“Each employee will be individually advised of the percentage increase awarded to him/her, his/ her new salary and grade,” he wrote.

Ondego also dismisses fears that RVR faces imminent collapse, saying that by April 2012, the company had just signed funding agreements with six global funders – even as the company embarked on aggressive cost-cutting measures. In another memo dated January 9, 2012, to Victor Byemaro, RVR Chief Finance Officer Duncan Onyango described the workers’ complains to the minister as ‘being in extreme bad taste’.

Onyango explained that management had involved them (union) in the challenges and breakthroughs through various meetings. He added that RVRU employees had received a 6% salary increase in 2010, despite the financial challenges the company was facing while in December 2011, management announced intentions to significantly increase staff salaries in early 2012.

However, a September 17, 2012 internal memo from RVR’s Chief Human Resource Officer Helen Mbugua to all RVR staff announced cuts in operational costs to deal with its current crisis.

“In this regard, the company as, a short-term measure, will temporarily stop within the next two weeks the provision of tea to staff at the workplace while exploring other available options,” Mbugua wrote in her memo.

The company has also banned, “all avoidable travel costs like hiring of cabs and other transport, subsistence allowance related to travel where avoidable and purchase of stationery despite balance on budget allocations.”

As a substitute, managers were asked to use their personal vehicles for trips within a 60km radius of their respective workstations on a non-reimbursable cost basis. Apparently, Mbugua was aware that while the measures were prudent, they were likely to frustrate the already upset workforce.

“As we grapple with this reality, staff are urged to remain positive and focused. We are confident that the future of RVR is bright and better times will befall those committed and competent employees whose tenacity, hard work and focus will make this happen,” she concluded.

She justified this by explaining that company revenues were very low.

“Regrettably though, on the operational front, our revenues are low as most locomotives and wagons are under rehabilitation while our fixed costs and other variable operational costs continue to rise and the company is, therefore, experiencing financial strain.”
Mbugua also acknowledges that staff morale is already low.

“Our customer service is sadly not at par and certain isolated, undesirable and counterproductive behaviours like staff absenteeism and other indiscipline from certain staff groups has occasioned unnecessary but avoidable wastage.”

As Byandala suggests, none of these matters, as long as RVR meets its obligations; about the workers reckon these issues should be resolved or the obligations would be an illusion.