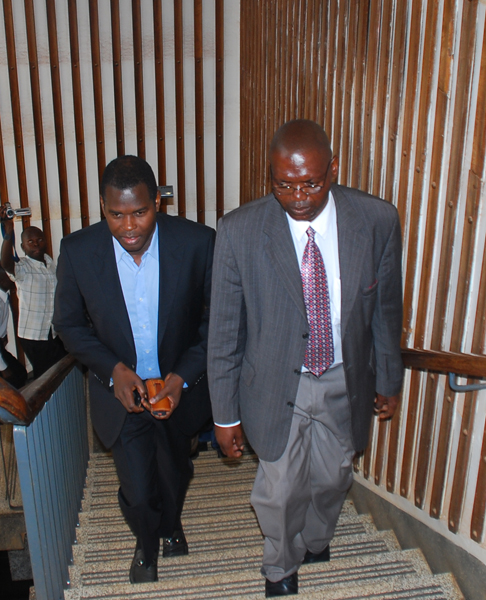 The case in which Pastor Robert Kayanja is accusing six people, including fellow pastors, of tarnishing his name after they levelled allegations of sodomy against him, took an interestingly twist this week when two of the youth alleged to have been sodomised claimed instead that they had been beaten up by people associated with Kayanja’s accusers.

John Mutumba and Robinson Matovu registered a case with the Special Investigations Unit, saying they had been attacked by unknown people while moving in an undisclosed place in Kampala. The case is registered under file no. SIUGEF/98/2012. Police declined to comment on the development, while efforts to speak to Kayanja were futile. But Pastor Martin Sempa, one of the defendants in the case, laughed off the allegations.

“You ask yourself; how can these boys who are enjoying witness protection from the police be beaten by us? There is an attempt to cover up for something,” Ssempa told The Observer yesterday.

He added that the two young men had recently sent a DVD to the defendants, asking for forgiveness “for turning against them”. Ssempa said his group had reported this to the police. Last month, grade one magistrate Julius Borore halted the trial after Elizabeth Kabanda, the registrar, criminal division of the High Court in Kampala, asked that the case file be forwarded for scrutiny.

This followed a petition by the defendants — pastors Sempa, Solomon Male, Micheal Kyazze and Robert Kayiira, and their co-accused, businesswoman Anita Deborah Kyomuhendo and musician David Mukalazi — that the 22 prosecution witnesses be reexamined. The trial resumes tomorrow.