Log in
Updated an hour ago
Most Popular:
9 - Matooke prices drop from Shs 15,000 to Shs 1,000 in Ankole
8 - NINA ROZ: Money and looks are extras in a man
7 - Botswana investigates mystery deaths of 275 elephants in 2 months
6 - 6 killed, 15 injured in fresh Somalia bombings
5 - 3 more Ugandan returnees test positive for COVID-19
4 - Uganda's registers 16 new COVID-19 cases
3 - UAE president so rich he doesn’t know some of his mansions
2 - Ministry of Education okays online learning for universities
1 - Nsambya detains for 3 months mother who lost baby over unpaid bills 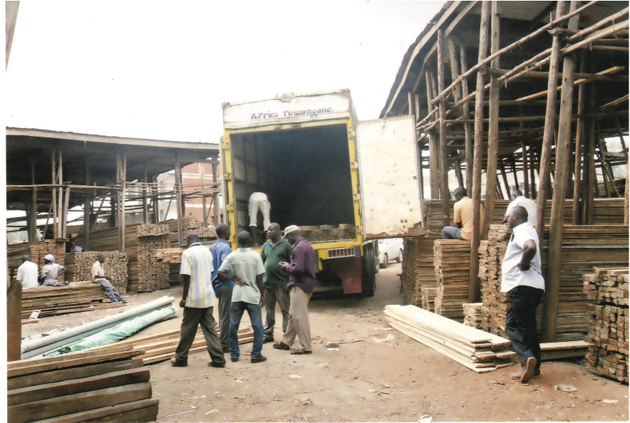 First, it was in the jungles of the Democratic Republic of Congo.

Starting from the late 1990s, many Uganda dealers have raided the rich forests of that volatile eastern part of that country and cut down trees in a smuggling campaign that has helped Uganda’s overheated property market on its feet.

But as the security situation worsens in DR Congo, the habit has spread within Uganda. Illegal timber trade has become rampant, forcing the ministry of environment to institute a ban earlier this year. To improve the situation, Uganda has embarked on efforts to establish the extent of illegal trade in timber, charcoal and firewood in an effort to rein in the increasing environmental degradation.

The European Commission has already pledged $200,000 to Uganda to conduct two studies aimed at combating the illegal trade. The money, channelled through Food and Agricultural Organization (FAO) of the United Nations, was given to the World Wildlife Fund (WWF) and CARE International through separate one-year letters of agreement, each worth $100,000.

“These studies are timely. They come at a time when we are grappling with how to contain the immense depletion of resources. There has never been such a holistic approach – with everyone doing their own thing,” said Flavia Munaaba, the state minister for Environment.

“As forests disappear, habitats for species like bees are being lost. Yet we know how important they are in crop pollination. We run the danger of eroding our entire ecosystem if nothing is done,” Munaaba added.

Speaking during a briefing of the players in the sector about ongoing studies, David Duli, the country director of WWF-Uganda, said although illegal use of forests was one of the greatest challenges affecting forest management in Uganda, information about the extent of these illegalities has been lacking, in some instances underestimated or where it is available, it covers a few sites and lacks national coverage.

According to the agreement, WWF will assess the extent of illegal timber trade in Uganda and provide valuable information and concrete recommendations to decision makers and forest sector stakeholders on how to build a better domestic and trans-shipment management system.

CARE International, on the other hand, will strengthen stakeholder cooperation to reduce illegal harvesting of and trade in timber and charcoal by taking a critical look at three highly affected western Uganda districts. This initiative is part of a wider Forest Law Enforcement Governance and Trade Support Programme for African, Caribbean and Pacific Countries (ACP-FLEGT support programme), a four-year European Commission initiative worth Euros 10 million.

The ACP-FLEGT support programme has two main components: providing assistance to the African, Caribbean and Pacific island countries in executing the European Union FLEGT action plan, and supporting the collection, analysis and dissemination of FLEGT-related information and lessons learnt among ACP countries.

The illegal use of forests is associated with deforestation, illegal timber trade, evasion of taxes and other forest crimes. It is estimated that Uganda loses about 90,000 hectares of forests annually. Between 1990 and 2005, the country lost 27 per cent of forest cover, an equivalent to 1,329,570 hectares.

The fastest loss is reported to be taking place on private forests (33.5 per cent); Mubende, one of the districts due to benefit from this project,  has recorded the highest loss, with as much as 75 per cent of its original forest cover disappearing.
Currently, 70 per cent (2.5 million hectares) of Uganda’s forest cover stands on private land, according to statistics from WWF.

These are, however, declining rapidly; estimates based on the 2008 biomass study suggest that within 20 years, forests outside protected areas will be almost extinct. This loss is attributed to a high population growth rate, high demand for agricultural land and wood fuel, and weak laws.

While legislation protects forests on protected areas, private forest owners can do whatever pleases them. Researchers want some form of regulation on private forests. “The drivers of deforestation are still very strong. If we don’t do anything serious to reverse the trend, we will lose the war,” Duli noted. The researchers also revealed that the institutional landscape governing the forestry sector in Uganda is vast and confusing, which creates unnecessary uncertainty about responsibilities.

“There is a challenge of lack of cooperation between District Forest Officers and National Forest Authority officials. Each of them is their own [boss] –with each giving contradictory directions over the forest reserves,” noted James Ndimukulaga, one of the researchers undertaking the exercise.

Ndimukulaga also revealed that most of the district forest officers he talked to said they did not receive guidelines on timber harvesting and trade from the line ministry.