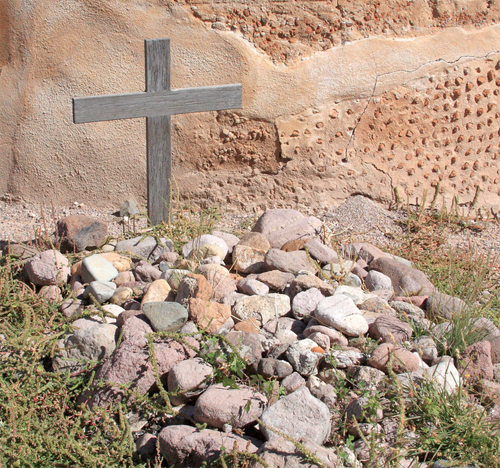 Family of 12 wiped out; death toll at 14 in Kibaale district

Medical authorities in the western district of Kibaale were today investigating more suspected cases of Ebola, as haemorrhagic fever returned, causing anxiety around the country. Unofficial sources at Kagadi hospital, the main health facility in Kibaale, said more suspected cases were being investigated, but officials would not comment by press time.

By Saturday six people had been admitted with the disease. Ebola manifests as a haemorrhagic fever, is highly infectious and kills quickly.  Signs and symptoms of the disease include fever, vomiting, diarrhoea, abdominal pain, headache, measles-like rash, red eyes, and – sometimes – with bleeding from body openings. People in the district, in Bunyoro sub-region, have been troubled by the mysterious illness, until last Saturday when health authorities confirmed it was Ebola haemorrhagic fever.

By press time, 14 people were known to have died from the fever, including an entire family of 12, in Nyanswiga village, Nyamarunda sub-county. In a statement, Dr Denis Lwamafa, Commissioner National Disease Control in the ministry of Health, said the fever had been confirmed after tests at the Uganda Virus Research Institute in Entebbe.

Lwamafa said the first case was reported on July 6.  The dead include a clinical officer and her four-month-old baby, who passed away at Mulago hospital. Yesterday the permanent secretary in the ministry of Health, Dr Asuman Lukwago, sought to assure the country that authorities were doing everything to keep the situation under control.

Speaking on the Kampala-based Radio One, Lukwago said with mass movement of people, as has happened with Congolese refugees who have fled to Uganda because of fighting in their country, diseases can break out. He, however, said authorities were monitoring the situation in western Uganda, while people who recently visited Kibaale would be assisted once they reported to medical authorities.

Twelve of the dead belonged to the family of Yostus Isoke of Nyanswiga village, Nyamarunda sub-county. They include Isoke himself; his five children – Byaruhanga Isoke, Fred Isoke, Roggers Byaruhanga, Doreen Nantongo and an unidentified son.  Also among the dead is Lovinsa Kabwimukya, 42, a sub county councilor for people with disabilities in Nyamarunda sub-county council.

The family at first complained of being bewitched and at one stage resorted to visiting witch-doctors. One of the victims is reported to have died in a shrine. Because of the deaths, many people have abandoned the bereaved families for fear of losing lives. Dr Joseph Wamala, a senior epidemiologist in the ministry of health, identified the type of Ebola reported in Kibaale district as Sudan Ebola, which is less deadily than Ebola Zaire.

Other types of Ebola are Ebola Zaire, Ebola Cote d’Ivore, Ebola Bundibugyo and Ebola Reston  Ebola can be spread through direct physical contact with body fluids like saliva, blood, stool, vomit, urine and sweat from an infected person and soiled linen used by a patient. One can get it from contact with the body of a person who has died of the disease.

This is the third time a major Ebola outbreak is reported in Uganda in 12 years. In 2000, Ebola killed 224 people, including a prominent physician fighting it, Dr Matthew Lukwiya. In 2007, Ebola struck again, in Bundibugyo district; this time it claimed at least 38 people; they included Dr Jonah Kule and two other medical workers.

Dr Lwamafa urged the public to take precautionary measures to avert the spread of the disease. “We have set up a national emergency taskforce to contain the disease from spreading far and wide” Dr Lwamafa said.

He warns against unnecessary contact with suspected people especially during communal funerals and parties. As part of the precautionary measures, he said the ministry of Health has started active and sustained tracing and listing of people that may have been exposed to suspected and confirmed cases since July 6, 2012.

•  Report and immediately take any suspected patient to a nearby health unit
•  Avoid direct contact with body fluids of a person suffering from Ebola by using protective materials like gloves and masks
•  Disinfect the bedding and clothing of an infected person
•  Persons who have died of Ebola must be handled with strong protective wear and buried immediately, avoid feasting and funerals
•  Avoid eating dead animals especially monkeys
•  Avoid public gathering especially in the affected district
•  Burial of suspicious community deaths should be done under close supervision of district health workers
•  Report all suspicious deaths to the health workers