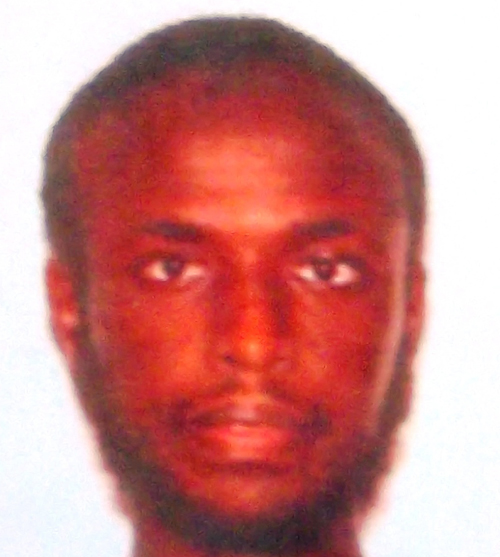 Police has released a photograph of a notorious terrorist feared to have entered the country with plans of hitting Ugandans.

Speaking to the press at the Uganda Police headquarters yesterday morning, the newly appointed police spokesman, Samson Kuteesa, said a terrorist identified as Muhamed Libani Hajji, of Somali origin, had entered Uganda. Kuteesa said the force had got the information through the international antiterrorism security network.

“We have since got his pictures and [urge] members of the public to notify security as soon as they see him around,” Kuteesa said.

He added that the international anti-terrorism partners, including the Interpol, had verified this information and that the American government had strongly warned its citizens about the possible presence here of Muhamed. He said that UPF and other security agencies in the country had stepped up measures to prevent any attacks.

The police was also working in partnership with the owners of hotels, the transport sector, and entertainment places to strengthen public security measures. The police spokesman appealed to individuals, including the children to be observant and vigilant to ensure that their surrounding is safe.

“Any suspicious individuals, situations and other [suspicious] objects – do not approach or handle. Certain objects may have appealing colors like abandoned radios, TVs and phones” Kuteesa said.

Members of the public were encouraged to report any suspicious items/situations by calling the following numbers, 0800199699, 1800199399, 0800199139, and 0800122291. These very numbers can be called in case one sees Muhamed Libani Haji. Kuteesa said that the international Anti-terrorism security network had been monitoring Muhamed’s intentions and movement for some time.

They had, however, not clearly established who he was affiliated to; but reports reveal that he has been in involved in or linked to terrorism activities in places like America and Kenya. Kuteesa says that Terrorists thrives on ignorance of their target society; as they enter the country, they don’t alert any person, and neither do they do as they leave.

In June, Police said that another notorious terrorist, Khaled Mueller had entered Uganda from Kenya. The man was, later, arrested in Tanzania.