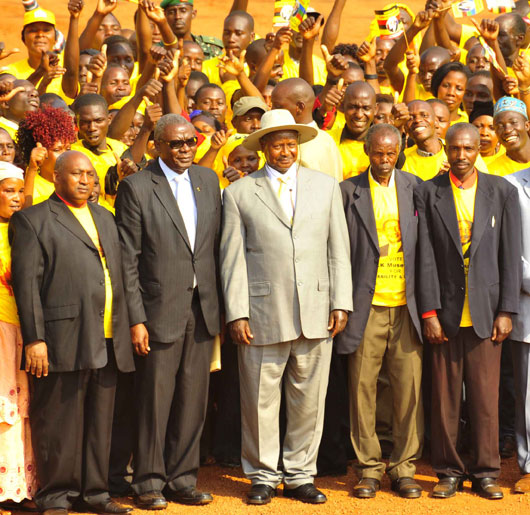 Sheema – In a move that cast him as a paragon of reconciliation and forgiveness, President Yoweri Museveni on Saturday narrated how he resisted people who urged him not to visit former UPC strongman Chris Rwakasisi.

Museveni spoke at Rutooma in Sheema district, where he attended the 110th birthday of Rwakasisi’s father, Asanasio Rutimbirayo. Rwakasisi, a security minister in the Obote II government, was sentenced to death for murder, but was released 24 years later, after Museveni pardoned him.

“Many Ugandans are still angry at Rwakasisi and UPC for killing their relatives,” the president said.  “Our people should learn to forgive and there is time for everything, the Bible says in the book of Ecclesiastes chapter three.

Rwakasisi told the gathering that Museveni had told him that three times he tried to sign his death warrant but failed and later prayed and decided to pardon him, meaning that: “All the allegations levelled against me were wiped clean.”

Museveni was emphatic on forgiveness: “I don’t go to church regularly but I am better than those who go there all the time because they don’t forgive… You cannot be in permanent enmity.”

He observed that Germany, France and Britain experienced serious wars but later decided to reunite and their development is first-world class. Rwakasisi told the gathering that he loved President Obote so much and when he came back from prison and found out that he had died, he decided to go with Museveni and serve him diligently.