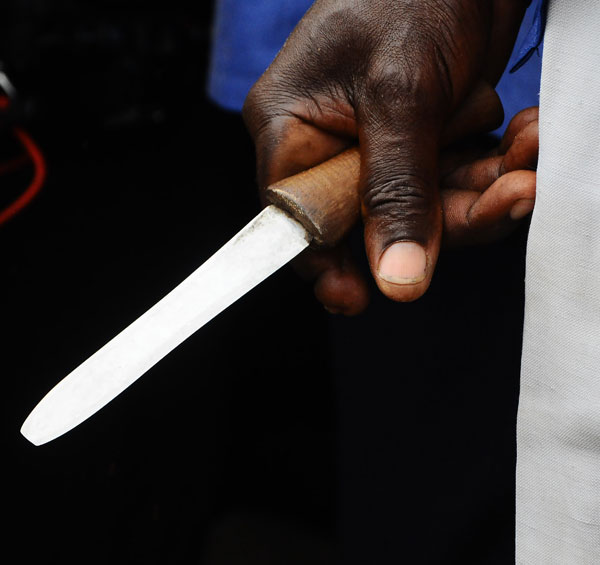 Business in Mbale town was paralysed this week when unruly youth stormed the streets and began indiscriminately circumcising anyone they came across.

Many businessmen of different ethnicities, that do not practise circumcision, locked their shops and fled. Those captured yelled in pain as they were circumcised in front of onlookers in the suburbs of Indian quarters, Mbale garage, Cathedral avenue, Pallisa road, Namakwekwe, Nkoma, Bugema and Nauyo where different ethnic groups reside or do businesses.

For four days, many businesses run by Basoga, Banyole, Baganda, Bagwere, Karimojong, Jopadhola and Banyankore remained closed. On Wednesday, Police engaged in a hide-and-seek game with errant youth and used tear gas to disperse crowds which were gathering around passers-by and those who were carrying out business activities. According to the Mbale district police commander, Michael Ongica, three traditional surgeons involved in this operation have been arrested and face charges of forcefully inflicting harm on their victims.

“Some members of the business community have come to us seeking security because these hooligans are attacking anyone they presume uncircumcised. We have also received a communication from the Bamasaba cultural council that the operation is illegal; therefore, we shall arrest and prosecute anyone found loitering in town looking to destabilize peace in the name of circumcision,” Ongica said.

As a result of this indiscriminate exercise, at least 46 men between the ages of 30 to 70 have rushed to Mbale referral hospital to be circumcised to avoid the embarrassment their colleagues were subjected to. The incident has elicited uproar amongst those who were targeted. However, the Bamasaba cultural leaders’ council has distanced itself from this crude act, saying it was barbaric and uncultured. The council has also called for the arrest and prosecution of those involved.

“Circumcision will officially be launched on the 3rd August at Mutoto cultural grounds. Whoever did it now, contravened the Bamasaba circumcision calendar,” said John Musila, the Bamasaba spokesperson yesterday.