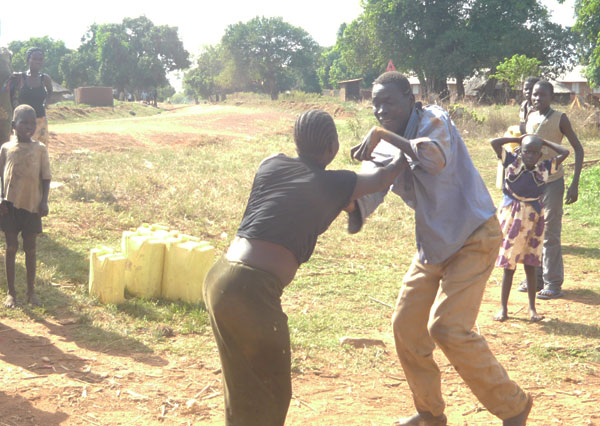 In Mbale district today, men are forcefully checked to ascertain if they have undergone the circumcision ritual, in conformity with the Gishu culture.

Tales of the brutal arrests and forceful circumcision the men go through are rife, but somehow they never receive that much attention. In fact, any form of sexual and gender-based violence against men is always scoffed at or laughed off.

It is hard for society to fathom that the macho men can be on the receiving end of physical and verbal attacks, particularly in the private arena where they rule as kings. Sexual and gender-based violence campaigns almost always focus on women as victims and the men only feature as perpetrators.

Yet, research shows that up to 40 per cent of domestic violence cases are against men. The number might even be higher because violence against men is underreported.

Men who experience violence The Observer talked to say they cannot come out because they fear being labelled weak and not in control of their homes. Like is the case with female victims, male victims also make excuses for their perpetrator’s behaviour.

“I know she loves me. She just has a very bad temper,” says a 40-year-old police officer whose wife started bruising him with common house appliances like flat irons even before they got married.

The victims keep hoping that their perpetrators will relent, particularly if it is a spouse or other intimate partner. They stay for the brief honeymoon period that is characteristic of every violent relationship before it elapses again into physical and psychological abuse.

“You know some times she is really nice. She takes good care of me and the children,” says the police officer who has never even considered pressing charges against his wife.

He hopes that his wife will change once she realizes how deeply he loves her. In the meantime, he continues to suffer in silence. NGOs like MIFUMI, FIDA, Centre for Domestic Violence Prevention and ActionAid, among others, are actively involved in fighting against atrocities like female genital cutting and other forms of violence against women; very little effort is geared towards violence against men.

The Penal Code recognizes that both men and women can be defiled. But it does not extend rape to men since it presumes that it can only occur where there is penile-vaginal penetration.

Men who are raped by other men or objects are thus roundly ignored by the law. The best they can do is claim assault or battery.  Besides, the stigma attached to homosexual sex further prevents sexually abused men from coming out.

The Domestic Violence Act is the latest effort to address gender-based violence and recognizes that men too can suffer violence. It is, however, hard for the general public to interpret it this way because campaigns are geared towards protecting women against men.

In addition, society has programmed us to believe that men, the stronger sex, can never be in a position of vulnerability. Thus far, there are no shelters for battered men in Uganda and only very few for battered women.

Yet, the effects of gender-based and sexual violence is dire for the individuals and family whether it is against a man or a woman. It leaves victims feeling unworthy, helpless and empty. Only, the victim has virtually nowhere to turn to if he happens to be a man.