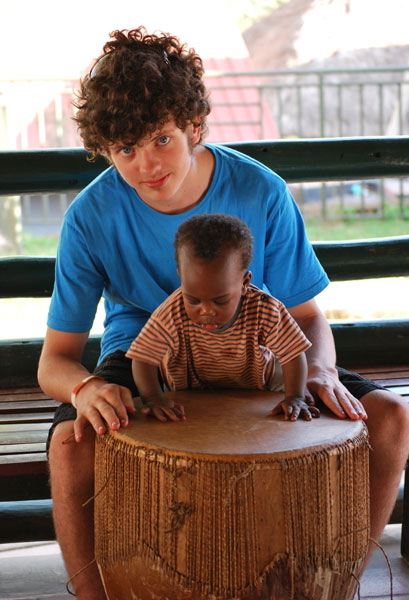 Researchers at McMaster University have revealed that babies’ brains benefit from music even before they begin to walk and talk.

The findings, published in the scientific journals Developmental Science and the Annals of the New York Academy of Science, show that babies exposed to music show earlier and more sophisticated brain responses, are easier to soothe and show less distress when things are not going their way.

In our rural settings, it is not unusual to see a mother humming and intermittently singing to her child strapped to her back.

This singing is usually done unconsciously but the research reveals that music lessons improve children’s IQs given that it nourishes their general faculties such as memory, coordination and attentiveness.

“Music sharpens babies’ sensitivity to pitch, timing and timbre and, as a result, their capacity to discern emotional intonation in speech,” the findings reveal.

Prof James Tumwine a paediatrician at the College of Health Science in Mulago says there is no research regarding this topic that has been conducted in Africa. He, however, believes music has an effect on the cognitive development of children.

“Studies carried out to monitor child movements show that some of the foetus’ movements are influenced by the singing of the mother,” Professor Tumwine says.

Tumwine is quick to note that the culture of mothers singing to their toddlers is quickly fading as it is being replaced with the popular music genres currently dominating the airwaves. In the past, children in Buganda were entertained to music as soon as they were born and this was through songs that lulled them to sleep or encouraged them to grow up.

According to a research conducted by Arthur Kayizzi, lullabies such as Mwana wange, Wavuuvuumira, Leka Okulira, Oyonke, Akagoma ka lulendera were common. Also, mothers and baby sitters sang songs like Tengerera and Tambula to encourage toddlers while they learnt to stand and walk. He adds that children had play songs like Kibuga, Nabbubi, Kaggwa Yalayira, Tuula Tuula Wakati, Ekibbobbo, Kapa Egobagoba accompanied by actions or physical movements through which children also learnt gesturing and attained interactive skills.

Why babies need the music

According to the research, babies are born with 100 billion nerve cells in their bodies. However, these cells are connected loosely and each event a baby experiences, like listening to its mother or seeing a picture, helps establish or strengthen the intercellular connections in the brain. The larger the number of connections in the brain, the richer its functioning. Scientists now believe that listening to music is one of those “brain-building” experiences.

“Children exposed to classical music in the womb exhibit a positive change in physical and mental development after birth and by the age of six months, they are more advanced in terms of motor skills (eye and hand coordination) and linguistic and intellectual development than babies who received no musical stimulus during pregnancy,” reads the research.

Nevertheless, the researchers warn mothers against exposing their unborn children or infants to heavy or metallic music as this will increase their heart beats and stress the child.